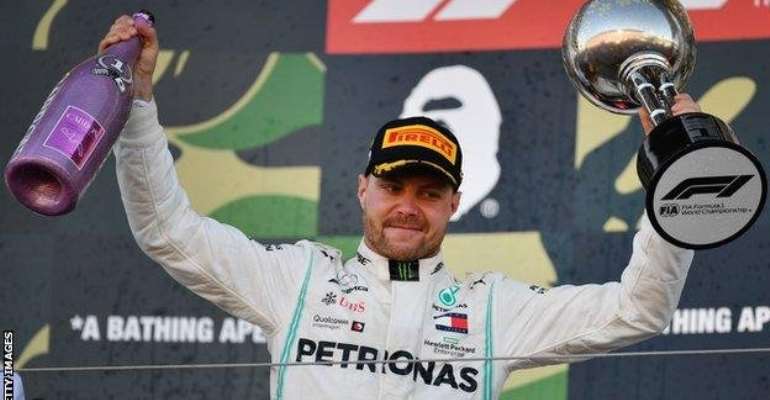 The result sealed the constructors' title with four races to go and, while Hamilton is not quite worlded champion yet, only Bottas can catch him.

It breaks the record set by Michael Schumacher and Ferrari from 2000 to 2004 and confirms this Mercedes team as the greatest in F1 history.

Briton Hamilton leads Bottas by 64 points and needs to be 78 clear of the Finn to win his sixth drivers' title at the next race in Mexico.

Mercedes team boss Toto Wolff said: "It has never been done before and that's why it feels great.

"It's F1, it's motor racing. Is it historic? I don't know. There are more important things out there but for us it feels great."

I’m confident NPP’s next flagbearer will win 2024 elections ...
13 minutes ago

Akufo-Addo is serving in Ghana’s interest ‘irrespective of u...
13 minutes ago