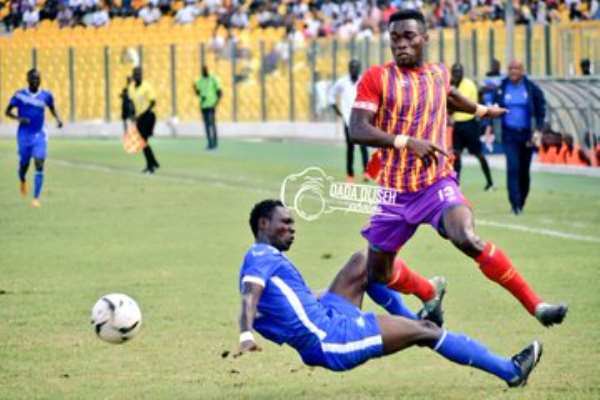 The 2019 Homowo Cup between Hearts of Oak and Great Olympics ended goalless at the Accra Sports Stadium on Sunday afternoon.

The Ghana Premier League giants locked horns with the lower division side in a festival match to bring together people from the Greater Accra Region as they celebrate the Homowo.

Despite a lengthy buildup on top of extensive preparations, the two sides could not be separated at the end of a pulsating 90 minutes of soccer action.

The Phobians proved to be the better side in the first half with striker Kofi Kordzi constantly tormenting the defense of Great Olympics. Though he managed to get some shots on goal, he could not find the back of the net.

It was mostly more of the same in the second half even though Olympics crawled their way into the match and caused several problems for the backline of the Rainbow lads.

Nonetheless, it all ended goalless with fans hugely disappointed.

Meanwhile, a communique from Hearts of Oak has confirmed that there will be a replay at the same venue on Sunday, October 20, 2019.