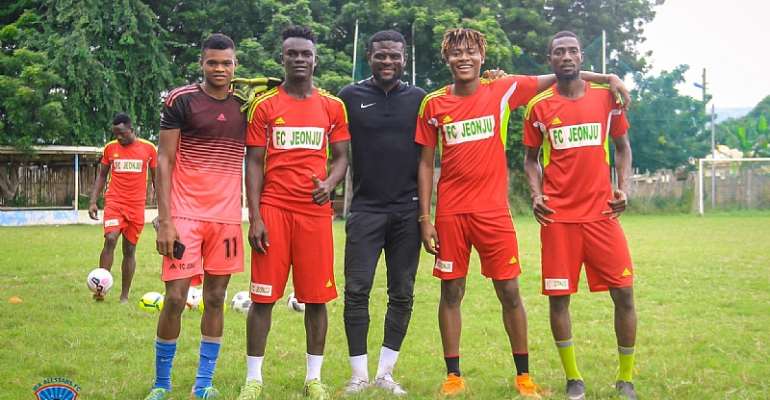 Fatawu Dauda and Awal Mohammed have been training with Ghana Premier League side Wa All Stars FC as they geared up for the upcoming season.

Former Ashanti Gold goalkeeper Dauda and ex-Kotoko defender have been training with the club for some weeks now.

According to reports, both players are set to join Wa based side before the start of the 2019/20 Ghana Premier League season.

The former Ghana goalkeeper has been clubless since leaving Nigerian Premier League giants Enyimba FC and a return to the domestic scene might be on the cards for the 34-year-old.

Whilst Awal Mohammed is also a free agent after parting ways with Al Ansaar of Saudi Arabia.

The addition of the duo will be a major boost for the new looking Wa All Stars when football resumes after the GFA Presidential election on October 25.