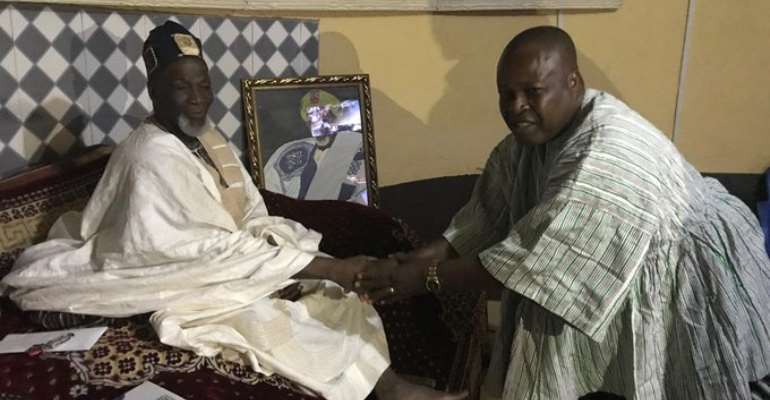 A Ghana Football Association presidential aspirant, Mr. Fred Pappoe has paid a courtesy call on the overlord of the Dagbon Traditional Authority Yaa Naa Mahama Abdulai to seek his blessings.

The former Ghana FA vice president is one of the six confirmed contestants who will be voted on later this month to be given the mandate to lead the next regime of the Ghana FA.

The Accra Great Olympics director and has team visited the Dagbon overlord where he received blessings and also proceeded to speak to the delegates for the upcoming elections.

The Yaa Naa presented him a smock which he will be wearing on the day of the election.