Belmadi: Algeria Must Fight To Reach The World Cup

Back in August 2018, when newly appointed Algeria coach Djamel Belmadi gave his first press conference, the team he inherited were playing badly and on a run of poor results. Yet despite the air of pessimism around the side, not helped by coming up well short in their bid to reach the 2018 World Cup in Russia, the new man at the helm told the media: “I'll go to Egypt and come back with the Cup of Nations.”

This statement sounded like wishful thinking at the time, but Belmadi - dubbed ‘the African Special One’ - made good on his promise, lifting the continental crown just ten months later. That African title, only the second in the country’s history and first on foreign soil, featured wins over heavyweights like Senegal, Côte d'Ivoire and Nigeria.

In a frank interview with FIFA.com, the coach discussed that achievement, his nomination this year for The Best FIFA Men's Coach Award, and the upcoming FIFA World Cup™ qualifiers for Qatar 2022.

Now that some time has passed since your triumph at the Africa Cup of Nations, have you fully grasped the significance of that achievement?

We understand its importance with every day that passes. When I’m in Algeria, I see clearly the positive impact of the African title on the lives of its people. I can't find the words to describe how happy I am about what I've given the people of my country. From the moment I took charge of the national team, I sensed that the players had the same desire to deliver this title to the fans.

When you took up the reins, Algeria were on a poor run of results and everyone was pessimistic. Yet you predicted you’d actually bring the trophy back from Cairo. What was the secret behind that optimism?

We had to send a positive message to the players and fuel their competitive spirit while setting our goals. I believe that entering a competition to finish in a commendable position and entering it to win are two completely different things. Thank God we achieved what we set out to do from the beginning.

At what point did you sense that the title was destined for Algeria?

Well, we never felt certain of victory before our games, but as the tournament progressed and we overcame many difficult obstacles, we felt we were getting closer to the goal we’d set ourselves. At the same time, we worked on boosting the morale of the players and preparing seriously for the next game in order to win.

What was your most difficult match in Egypt?

All the games were difficult, although the one against Côte d'Ivoire really made us sweat. We finally won it after a thrilling penalty shootout. There was also the match against Nigeria, which was settled by a brilliant stoppage-time free-kick by Riyad Mahrez. 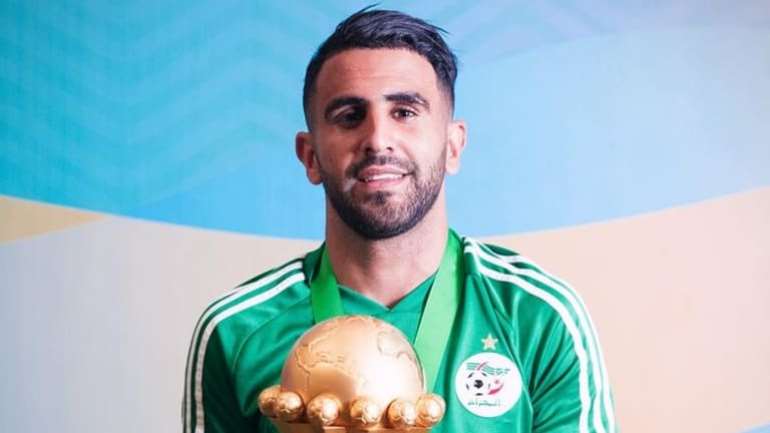 Although all players performed admirably during the tournament, what do you make of Riyad Mahrez's performance in particular?

Riyad performed the role of captain with great elegance. He was a very effective member of the team and vitally important in building attacks. He scored and was always present at difficult times. What we saw was a star who deserves all the plaudits. However, other players also shone at that tournament, such as Ismael Bennacer, Djamel Benlamri, Aissa Mandi, Rais M'bolhi, Youcef Belaili, and Baghdad Bounedjah, without forgetting the rest. Everyone was waiting to see Mahrez playing against Sadio Mane and Mohamed Salah, and Riyad was there when needed and lived up to expectations.

Before you took charge, the team was really struggling for results. How did you completely turn around their fortunes and lead them to the African title?

There were a lot of things that we made sure to do – but most importantly creating the right mental, technical, and tactical conditions for the players. We also tried to communicate some ideas to the players and to admit that some of the things that we were doing weren't right. I think this is the closest explanation of what happened.

How did it feel to be named alongside Jurgen Klopp and Pep Guardiola on the ten-man shortlist for The Best FIFA Men's Coach Award?

It's wonderful and nice to be on the list, especially alongside big names in the world of coaching, whom I consider to be role models because of their ideas and coaching philosophies. But at the same time, I consider the achievement to be the fruit of work by a tightknit coaching team and all the players. 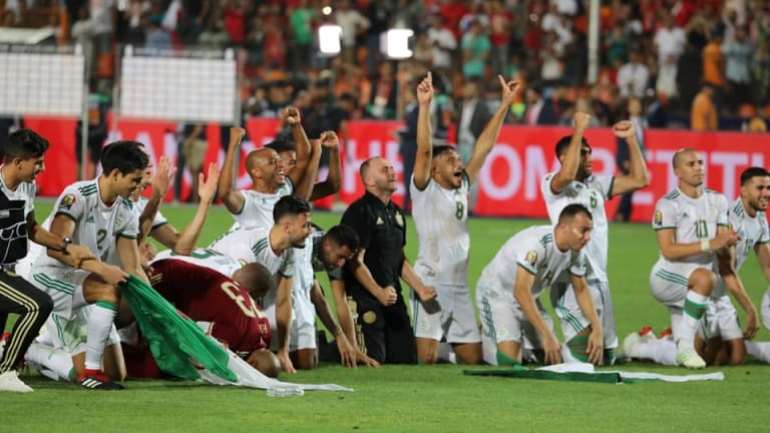 After winning AFCON 2019, the national team, which missed out on Russia 2018, is gearing for the World Cup qualifiers. What are you expecting from that campaign?

Our first goal is to reach Qatar 2022. The qualifiers will be difficult, long, and uncertain, but we have to shoulder our responsibilities as champions of Africa, and we have to fight to reach the finals. No doubt there will be some difficult and extraordinary circumstances during the African qualifiers, so we have to get used to these conditions to achieve good results.

Especially since Cameroon, winners of the Africa Cup in 2017, failed to qualify for the 2018 FIFA World Cup…

Very often after a major achievement, results get worse and things become hard. The evidence is that Cameroon failed to qualify for Russia and did not do well at the last Africa Cup. We need to learn from these examples before embarking on the qualifiers.

Finally, is your goal just to reach the FIFA World Cup, or do you have bigger ambitions?

First, it's not easy to reach a World Cup, but if we get to the finals, we'll do our very best in Qatar so that we’re not just there to take part. But first, we must maintain a winning culture to stay among the top five [African sides] in the FIFA Ranking, which will be important in determining the seeding for the draw.