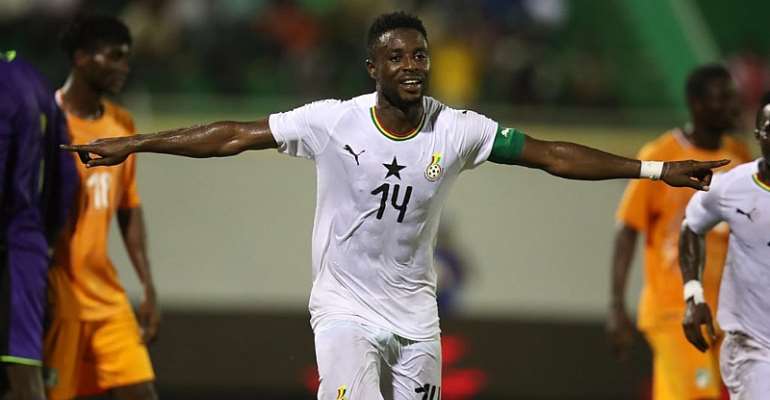 Coach Maxwell Konadu is hoping Captain Shafiu Mumuni maintain his fine form in the finals of the WAFU Cup of Nations in Senegal.

His comments comes after the Ashantigold striker’s superb performances the semifinals where he scored a hat-trick to power the Black Stars B to Sunday’s final against hosts Senegal.

According to the Black Stars B gaffer, the Ashantigold captain is bringing his experience to bear in Ghana’s march to glory.

“He has a lot of experience. He’s been with the team for so long and that is why we feel like he should lead the team for this campaign,” he said.

“I feel like when we gave him the captaincy, he has become a different player altogether,” he added.

The local-based national side, Black Stars B, will have the chance to clinch the WAFU Cup of Nations trophy for the second time in a row when they engage hosts Senegal on Sunday.

Senegal booked themselves a place in the final after recording a 2-0 victory over Mali in their semi-final encounter on Tuesday.