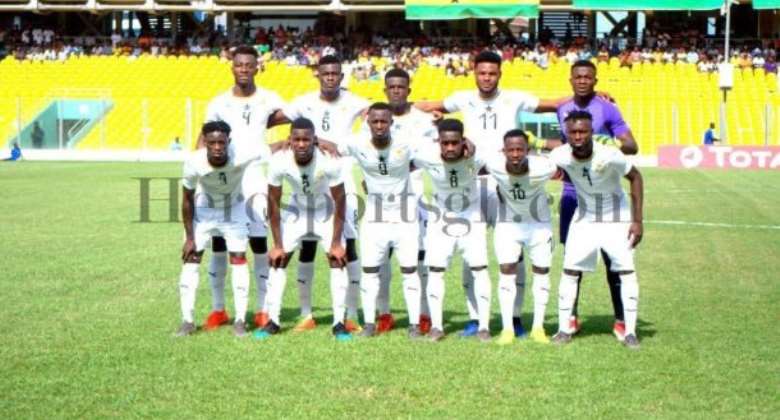 Head Coach of Ghana's Under 23 team Ibrahim Tanko has named an 18-man squad to begin camping ahead of the Africa U23 Championship in Egypt.

The squad is made up of three goalkeepers, 5 Defenders, 6 Midfielders and 4 attackers.

The players, all of whom are locally based are expected to converge at the M-Plaza hotel on Friday, October 11, 2019, to begin preparations.

Asante Kotoko goalkeeping duo of Kwame Baah and Danlad Ibrahim are included in the team as well Hearts of shot-stopper Richmond Ayi.

Inform Heart of Lions rare guard Frank Akoto, Vision FC's Abdul Aziz Nurudeen and Mohammed Shiraz of New Edubiase are among the five division one players named in the squad.

Below is the full list of 18 players to start camping: