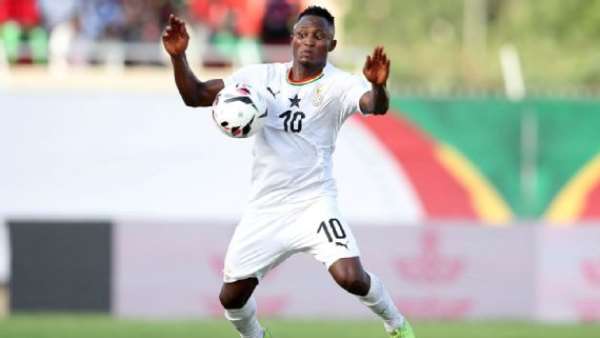 Which of the stars of the 2019 WAFU Cup of Nations are ready for a transfer to Europe already?

Here are five who have particularly impressed in Senegal.

Mamaye Coulibaly (Mali)
Mali were defeated by Senegal in a tempestuous semifinal on Wednesday, but the Eagles can leave with their heads held high -- for their technical quality if not for their discipline.

Moussa Kone, Ali Badra Sylla and Ibourahima Sidibe, in particular, had their moments, but none shone as brightly as Coulibaly.

The languid wideman caused full-backs problems throughout the tournament, notably winning a penalty in the first few moments of Mali's victory over Niger, and later dinking a delicious cross for Kone to head home in the same game.

While many of the wide players at the WAFU Cup of Nations have delivered looping crosses, often with a lack of intensity, Coulibaly's whipped efforts consistently tested central defenders.

Formerly an attacker, the left-back -- who can also play in the middle -- is a terrific athlete and offers composure and technical prowess going forward, a legacy of his early-career role.

Diaw, who has already been tipped for Senegal's full international side in light of Youssouf Sabaly's injury, is a rugged competitor and crosses the ball accurately.

He's yet another shining example of the work being done at the same Generation Foot academy that produced Sadio Mane, Ismaila Sarr and Papiss Demba Cisse.

Ibrahima Drame (Senegal)
It's no coincidence that two Senegalese players have made this list, and, indeed, El Hadji Madicke Kane and Ousseynou Niang were also contenders to make the top five.

However, Drame appears the best placed to step away from Africa the soonest, and it's not too far-fetched to suggest that he could be the next great attacking talent to emerge from West Africa.

A nimble forward who boasts the pace to play on the shoulder of the last defender and leap onto balls in behind, he also possesses the dribbling ability to pick up possession deeper and run at the backline, it's not hard to see why Drame is the darling of the home supporters.

He's a Diambars product, destined for the European game, and he could well depart his homeland as a WAFU Cup of Nations winner.

However, Drame has a darker side as well; while he scored the Lions' opener and then won the second-half penalty to take them into the final, he shouldn't have been on the pitch after head-butting a prone Issaka Samake in first-half stoppage time.

A Senegal player appeared to headbutt his opponent sparking Mali outrage in the WAFU Cup semifinal on Wednesday.

Joseph Esso (Ghana)
Ghana, while a very unified and talented collection of players aren't as star-studded as Senegal, and it's understandable that the Black Stars haven't looked as sharp or polished as their opponents in Sunday's final.

However, Maxwell Konadu's reigning champions deserve immense credit for reaching the final considering the suspension of the Ghanaian Premier League amid the crisis that has enveloped football in the country over the past 18 months.

Captain Shafiu Mumuni was the hat-trick hero in their semifinal victory over Ivory Coast, but Esso has arguably been their most effective player,

He struck the winner against Gambia, contributed the assist against Burkina Faso, and it was his shot against the Ivorians that was spilled into Mumuni's path for the opener.

Esso has long had a reputation for the spectacular, and his dribbling and set-piece ability in Senegal have both caught the eye. He's proved that he can contribute an end product at the WAFU tournament, and, at 22, still has time to make the move to Europe.

Could he follow in the footsteps of Ghana's 2017 WAFU MVP, Isaac Twum, and embark on an overseas adventure after the tournament?

Jean Mouste (Guinea)
Guinea may have lost their opening match to drop into the Plate competition, but they've nonetheless been one of the more impressive teams in the tournament and will play in the first final against Cape Verde on Saturday.

While coach Lappe Bangoura deserves immense credit for the way in which he has worked with this group of players, building on his good work at the African Cup of Nations in Egypt, he's been lucky to have midfield general Mouste to build his side around.

The Guinean top-flight Player of the Season in 2017 is an effective destroyer in the middle of the park, while his off-the-ball runs, striking ability, and dexterity make him a threat going forward as well.

Construct your own roads if you can build GHS5m mansions; st...
5 minutes ago