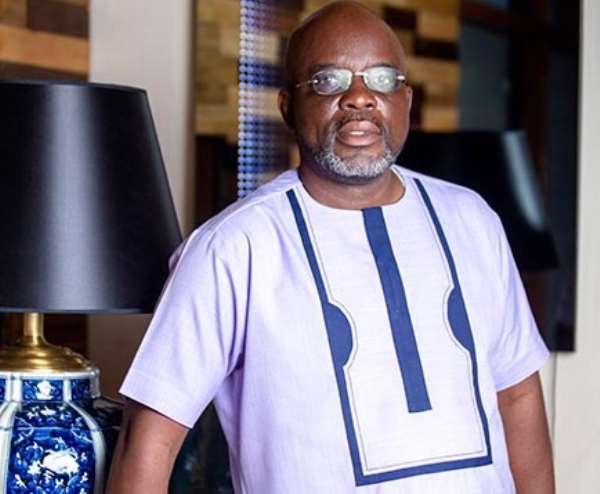 The spokesperson Ghana Football Association of the (GFA) presidential aspirant, Mr Wilfred Kweku Osei (Palmer), has disclosed that the campaign team has sent a petition to the Ethics Committee of football’s world governing body, FIFA, and the continental body, CAF, over a secretly recorded audio of Ghana FA Normalisation Committee president, Dr Kofi Amoah, the contents of which they believe confirms their suspicion that their candidate was deliberately targeted for disqualification from the upcoming elections.

In the said audio circulating in the media, Dr Amoah had indicated he would “deal with” Mr Osei over his refusal to pay to the Ghana FA a 10 per cent transfer fee of his player, Joseph Painstil, from Ferencvarosi to Belgium club Genk.

“We have petitioned FIFA and CAF with Dr Kofi Amoah’s audio.

We are always one step ahead of them," Mr Ebo Appiah, spokesperson for Mr Osei, told Accra-based Happy FM following the rejection last Wednesday of his candidate’s appeal against his disqualification.

“We have different strategies every single day. We will do everything to make sure Palmer is not cheated," he said.

A livid Mr Appiah was uncharitable to members of the Normalisation Committee for perceived injustice against Mr Osei, owner and founder of Tema Youth FC.

“Lawyer Naa Odofoley [Nortey] should expect hers. Naa Odofoley and Dr Kofi Amoah want war and they will have it squarely. Sammy Kuffour is not part because he’s quietly minding his business,” he stated.

“It now shows time since they want us to dance to the same song. We knew what they wanted to do so we were waiting for them. There are more tapes that we will release,” he threatened.

“What the Normalisation Committee is doing is just nonsense. Lawyer Naa Odofoley thinks she is all-powerful. Nobody is afraid of her; that she must know. It’s about time we tell them our peace of mind because it is getting out of hand,” he said.

“Everyone has now seen how Dr Kofi Amoah and Lawyer Naa Odofoley are disgracing themselves. People are calling on our lawyers to drop the case because the conspiracy is big but we’ll continue with the legal process and seek justice,” he added.

“What they are doing is not fair and they should not treat people like this. Nobody should accuse us of delaying football in the country when there are no footballing activities in this country,” he said.

Last week, the GFA Normalisation Committee, upon receipt of the final report of the vetting committee that screened the seven contestants for the FA top job, disqualified Mr Osei from the presidential race for breaching Article 33 (5) (c) of the GFA regulations, which relates to player transfers.

Last Wednesday, the Normalisation Committee, which doubles as the Election Committee for the elections, threw out Mr Osei’s appeal over his disqualification on grounds that it was filed after the deadline last Tuesday.