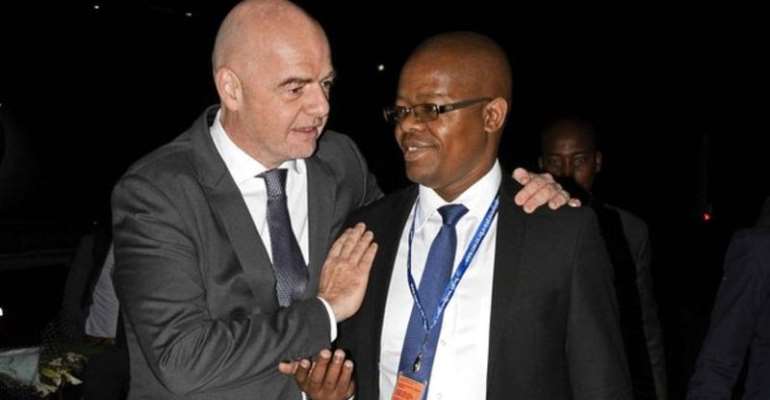 Uganda FA (Fufa) president Moses Magogo has been suspended from all football-related activity for two months and fined $10,000 by Fifa for his role in the resale of World Cup tickets.

The Fufa president was sanctioned by Fifa for reselling tickets relating to the 2014 World Cup.

Fifa said Mr Magogo had entered into a plea bargain with the organisation.

"An investigation into Mr Magogo was opened on 23 July 2018 related to the resale of 2014 World Cup tickets," Fifa said in a statement.

While the investigation was ongoing, Mr Magogo was allowed to contest Confederation of African Football elections - gaining a place on the body's Executive Committee in July.

He will serve his suspension until 10 December 2019.