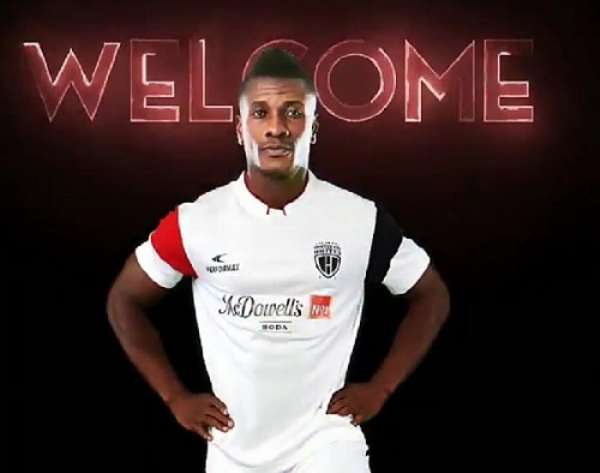 Ghana legend, Asamoah Gyan has opened up on the decision to join NorthEast United in India.

The country's all-time leading goal scorer joined the Guwahati-based club on a free transfer after seeing out his contract with Turkish Super Lig side Kayserispor.

The move saw him joined his tenth club since making his debut for Liberty Professionals in 2003.

Speaking for the first time with regards to the switch he said, plying his trade in the Indian League is an opportunity that he relished as he believes his transfer will pave way for elite players to join.

"Honestly, it's part of my job. It doesn’t matter where I play. This is also my first time in India. In the past, I never thought of coming here. But then football is my life. I told myself, “Hey, I am going to a new country. I have to stay focused and do my job.” I am adapting here and liking the country too," he told outlookindia.com.

"I was in the best league in the world in England, and then I came to UAE. People began to ask questions about my decision. On CNN, I said that I would bring exposure to the UAE Pro League, and since I moved there, many more players began to come. Then I moved to China, and now there are many players coming there. I hope I can do the same in India, as in bring exposure. I have played in so many leagues. Now India is a new challenge for me. It might not matter, but I could open the way for more world-class players.

"Since landing in Guwahati, I haven’t been out much. Right now, I am busy training, so it will take some time for me to decide my opinion regarding the country. Now, I am only focused on my game. If I don’t score, I won’t be happy. That is the most important thing for me right now."

Asamoah Gyan on Wednesday scored his debut goal for NorthEast United in their 1-1 friendly with the Indian National Team.