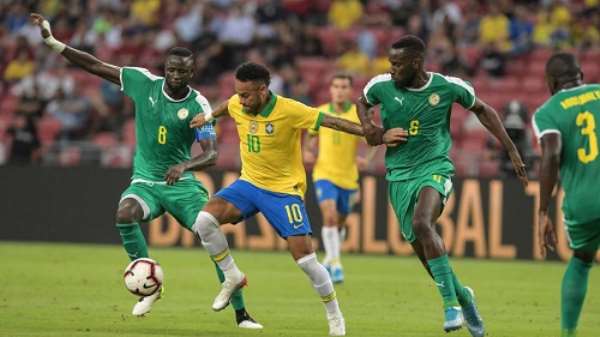 A mildly entertaining friendly in a sparsely attended Singapore National stadium ended in a stalemate as Brazil and Senegal played out a 1-1 draw.

The game marked 100 caps for Neymar Jr. and the PSG player had a relatively discreet evening with his best efforts coming from deal ball efforts.

Both goals came in the first half with Liverpool striker Firmino chipping home after some fine build-up play from Gabriel Jesus with Diedhiou firing home the equaliser from the penalty spot after Marquinhos had fouled the busy Sadio Mane.

Brazil now face the Nigerian Super Eagles in the same venue next Sunday.