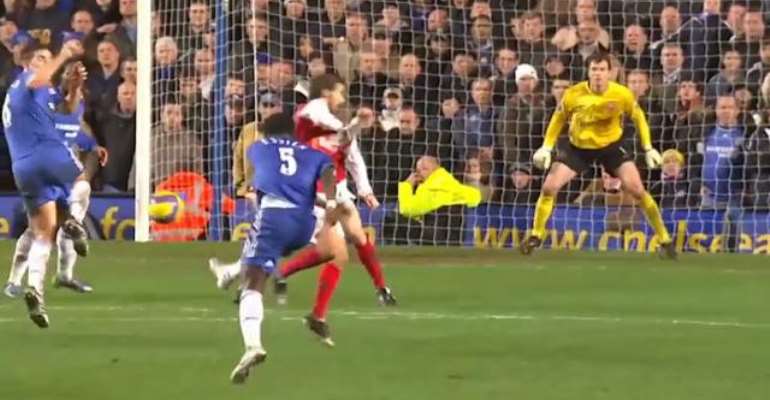 The 36 year old has been known for scoring amazing goals.

Essien’s stunning goal against Arsenal on December 10, 2006, at the Stamford Bridge was picked by Premier League as the goal of the day.

The goal was scored late in the game (six minutes from time) to help Chelsea earn a 1-1 draw against Arsenal.

The Chelsea legend thumped his thunderbolt of a shot into the top corner to bring the home crowd to their feet.

The co-commentator described the goal as “an unbelievable strike… it’s a stunning, stunning goal!”

Talking about the goal in an interview with EA SPORTS, Essien said: “I saw Lampard and I shouted for the goal and he laid it down for me and the first thing that came to my mind was to take the shot.. It was some crazy goal of course… the ball kind of bent and yeah, it was a good feeling”