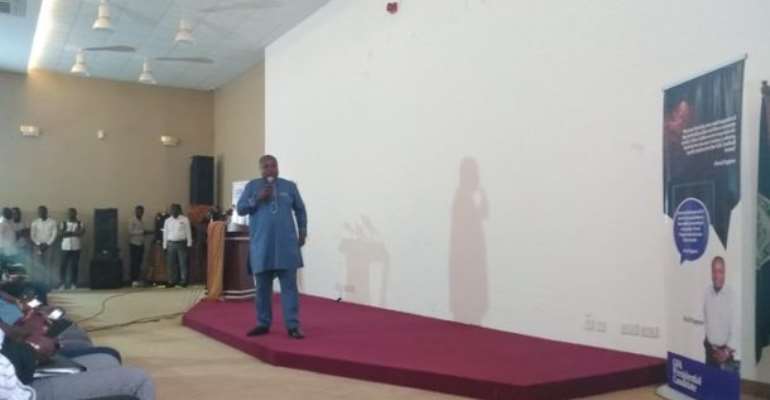 Ghana Football Association presidential aspirant Fred Pappoe has launched his manifesto at the City Hall of the new AMA Complex in Accra ahead of the October 25 elections.

According to the Great Olympics Board Chairman, Ghana football has lost the love and support of the football public and the corporate world and will use the FIVE Rs if given the nod.

Fred Pappoe is among six candidates seeking to lead the association for the next four years.

The event was attended by two of Pappoe’s opponents Kurt Okraku and Lawyer Ankomah Mensah.

Below are key highlights of Pappoe’s manifesto launch:

1. To have a Football Association which will be globally competitive

2. Adoption of proper code of conduct for officials for national team coaches, referees and players

3. Institution of a mandatory insurance and pension scheme for players

4. Recommending the formation of Council of Elders, People in football and beyond

5. Club licensing will be strictly enforced.
6. Reorganization of Juvenile football (academy and colts)?

9. The FA should be able to contribute in terms of the funds for national teams participating in major assignments.

10. Instituting a tertiary league and ultimately revive the academical concept.

11. Football pitches - enter into an agreement with pitch making companies and financial institutions.

12. Commercialization of Prampram and it will see a facelift where it will host national teams and other teams abroad.