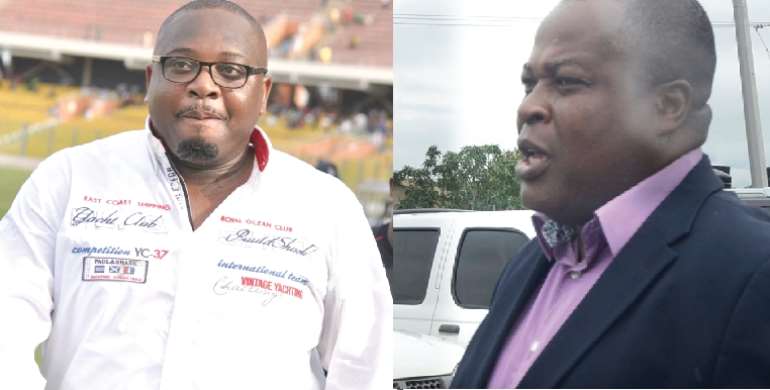 Former Ghana Football Association (GFA) spokesperson, Randy Abbey has reaffirmed his support for presidential candidate Fred Pappoe while insisting that he stands tall among all the other candidates.

The race to elect a new president for the football governing body has gradually taken shape with exactly 15 days to the day of the elections.

A total of 6 candidates have been confirmed by the Normalization Committee with the help of a vetting committee. Fred Pappoe is one of the six and faces competition from George Afriyie, Kurt Okraku, Lawyer Amanda Clinton, Nana Yaw Amponsah, and Lawyer George Ankomah Mensah.

Mr. Pappoe launched his manifesto today where he has outlined various plans to revive the sport in the country and ensure the Ghana Premier League becomes a globally recognized brand.

In a video played at the launch today, Randy Abbey reiterated that Fred Pappoe is the right man for the top job at the FA.

“Even when Kwesi Nyantakyi was in power I always said was my choice. We are in a transition and we need a person of unquestionable integrity for Ghana football. Fred Pappoe stands tall among all the contestants”, he said.

The crucial presidential election has been slated for October 25, 2019.