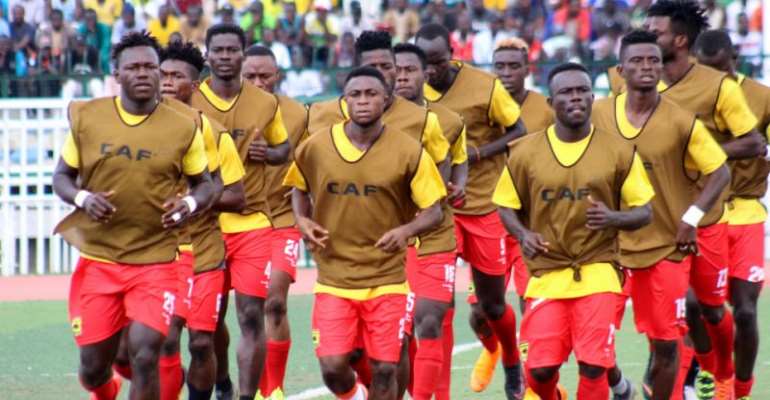 Former Asante Kotoko striker Ahmed Toure has urged the Porcupine Warriors to massively beat Ivorian side San Pedro at home in the first leg of the Caf Confederation Cup playoffs.

Toure, who currently plays for Congolese side AS Vita Club, believes the two-time African Champions will need three or four goals when they host the Ivorian club at the Baba Yara Stadium- Kumasi to make their qualification to the group stage a reality even before the reverse leg.

“Yesterday I heard the draw and I was happy because Kotoko have advantage over San Pedro. They have made lots of change s to their team, most of their players left after last season but now football is not about advantage”

”Kotoko have to score more goals in Ghana, at least 3-0, 4-0 will make Kotoko free going into the second leg in Abidjan. Kotoko will have to take more advantage of the first leg at home. Toure told Kumasi-based Fox FM in an interview.

”They’ve made lots of recruitment this season, they have bought most of the experienced teams in the Ivorian league and they are good.

”Kotoko players must know that San Pedro is a team that plays like an academy side, they like to play good football,” he concluded.

Asante Kotoko were relegated to the Confederation Cup after being kicked out of the Caf Champions League by Tunisian giants Etoile du Sahel.

They will be hoping to walk past San Pedro to make it to the group stage where they ended their campaign last season.