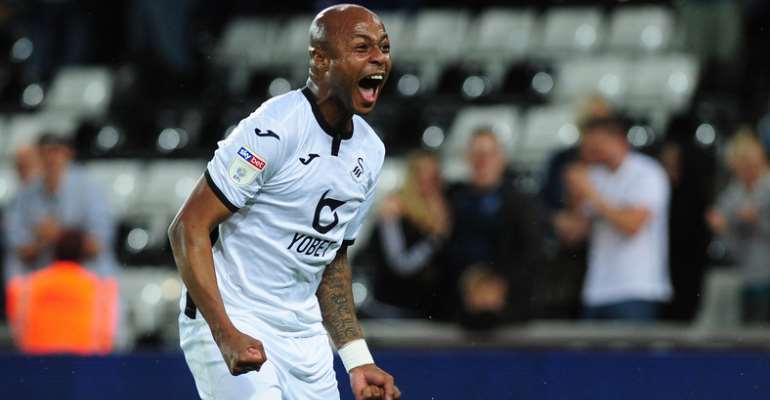 Swansea City forward Andre Ayew says he is interested in winning matches than to score and sees his side losing games.

According to the Ghana skipper, although it always feels good to score, he would rather prefer to win games.

Ayew was speaking in the aftermath of Swansea’s 2-1 loss to Stoke City in the Championship.

The Ghanaian was on the scoresheet against the Potters but his goal was not enough, as the Swans were defeated last Saturday.

“It’s really annoying when you score and don’t win the game,” Ayew told the media.

“But it’s always good to score for this club. I’m happy to score at home for the fans and I hope there are plenty more to come.

“I also hope there will be more victories ahead of us – that’s more important.”

Ayew has made a bright start to the season, scoring four goals and providing a further three assists in as many games for Swansea City.