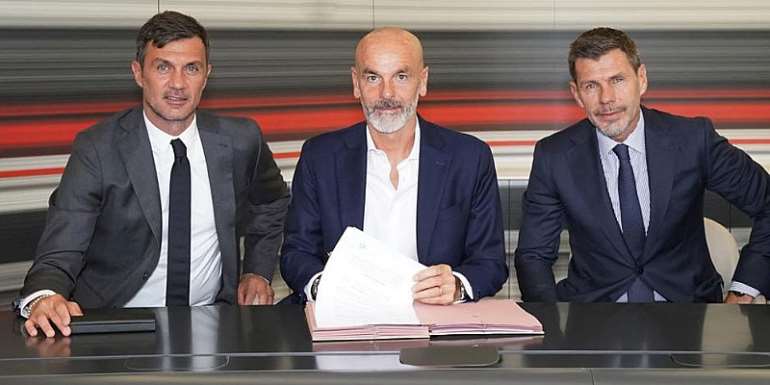 Fallen Italian giants AC Milan have appointed Stefano Pioli as their new coach a day after his predecessor Marco Giampaolo was sacked after just seven games in charge.

The 52-year-old former Inter Milan boss arrives on a two-year deal, reported to be worth in the region of two-million euros ($2.2 million) a season.

“AC Milan announces the appointment with immediate effect of Mr Stefano Pioli as the new coach of the first team … on a two-year agreement,” the former seven-time European champions said in a statement.

Pioli, who most recently coached Fiorentina, becomes the eighth coach to sit on the Milan bench since Massimiliano Allegri led the club to their last Serie A title in 2011.

Giampaolo’s reign lasted just 111 days after he took over from former Milan hero Gennaro Gattuso, who resigned after missing out on Champions League football last season with a fifth-place finish.

But after a run of four defeats that includes a 2-0 derby defeat to Inter the seven-time European champions are just three points above the relegation zone.

It is hoped Pioli, whose resigned as Fiorentina coach last April, can bring some stability to the cash-strapped club, who surrendered their Europa League berth this season after breaching Uefa’s financial fair play rules.

Pioli has spent his entire 16-year coaching career in Italy with clubs including Bologna, Lazio, Inter and Fiorentina, but has never won any trophies as a coach. The #PioliOut hashtag quickly trended worldwide on Twitter thanks to the angry reaction from Milan fans unhappy at lack of trophies.