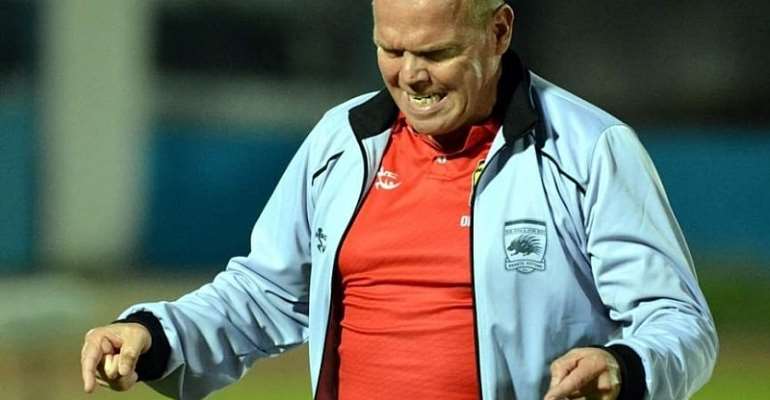 The Porcupine Warriors have discovered the Norwegian forged his certificate to land the top job as a replacement of CK Akunnor.

The expatriate coach was recruited from Kotoko’s rival club Ashanti Gold after he guided the Miners to the Normalisation Committee Special Competition Tier II triumph.

Ashgold officials raised an alarm that Zjeti Zacchariasen doesn’t have the required certification to enable him coach in the Ghana Premier League.

In what could turn out to be a massive embarrassment for the Ghanaian giants, the club’s Executive Chairman, Dr Kwame Kyei is under mounting pressure to sack the gaffer.

While the Kotoko has come under flak for failing to do due diligence, it appears the club will go ahead with plans to sack the coach.

The credential of Zachariassen has come under intense scrutiny after the team failed to reach the group stage of the CAF Champions League – after losing 3-2 on aggregate to Tunisian side Etoile du Sahel.

The former Ashantigold SC coach has lost the support of the club’s fans after he claimed the Caf Champions League wasn’t the level of the club presently.

It is understood that the Chairman of Asante Kotoko Dr. Kyei was the one who recommended the coach to management, so it is likely no official of the club would be fired for this blunder.

The 50-year old tactician took charge of the club barely six months ago but has failed to impress at the club.