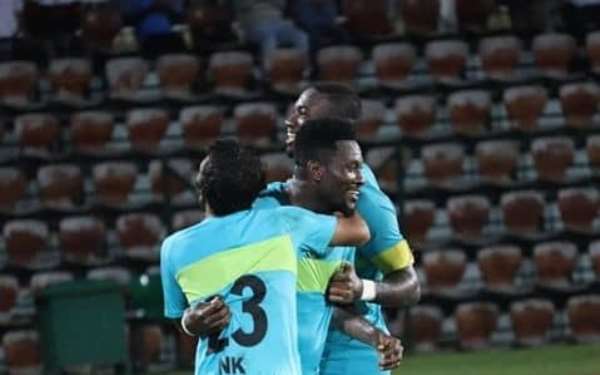 Ghanaian veteran, Asamoah Gyan marked his debut for NorthEast United with a goal that helped them to draw 1-1 with the Indian National team in a friendly match today.

The Black Stars striker recently completed a move to the Indian top-flight club after parting ways with Turkish Super Lig side Kayserispor upon the expiry of his contract at the end of the 2018/2019 season.

Ahead of the upcoming Indian Premier League season, NorthEast United engaged the country’s national team in a warm-up game earlier today to test the fitness and sharpness of the team.

Gyan was handed his first start for the side and managed to finish a good day’s work with a fine strike on the 44th minute to restore parity for his side after they had gone behind by Sunnel Chhetri’s 24th-minute equalizer.

A good exercise eventually ended in a draw though there were numerous chances created by both sides in the second half.

Asamoah Gyan was substituted on the 68th minute after announcing his presence to his new club.

He will be leading the lines for NorthEast United when the Indian Premier League commences later this month.