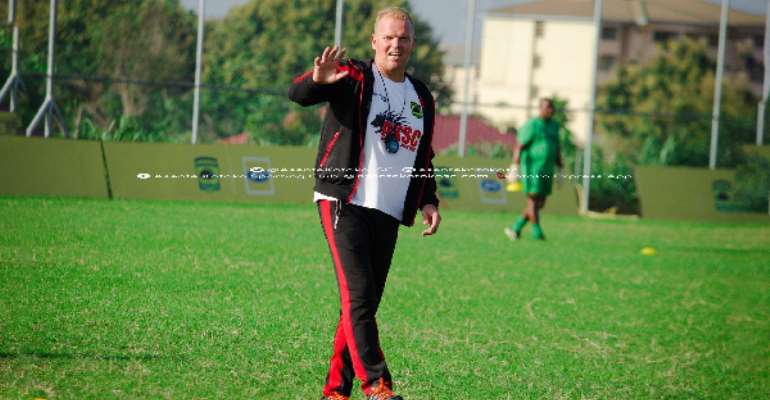 Kumasi Asante Kotoko are set to part ways with head coach, Kjetil Zachariassen for not having coaching certificates.

The Norwegian tactician's future has been in doubt after failing to qualify the club to the group phase of the CAF Champions League.

However, according to reports, the former Ashgold trainer has no valid coaching certificates that permit him to coach in Ghana and on the continent of Africa.

Following his release from Ashgold, the Porcupine Warriors named Zachariassen as a replacement of CK Akunnor who did massively well at the club.

However, the Chief Executive Officer of the Miners, Frederick Acheampong cautioned the management of their regional rivals not to name his as their head coach because he is problematic and does not have valid certificates to coach in the country but Kotoko failed to adhere to the caution of their rivals.

But after thorough investigations, the management of Asante Kotoko are set to release the 55-year-old trainer.

Already, the Porcupine Warriors have sacked Akapo Patron, who served as the assistant coach of the club.