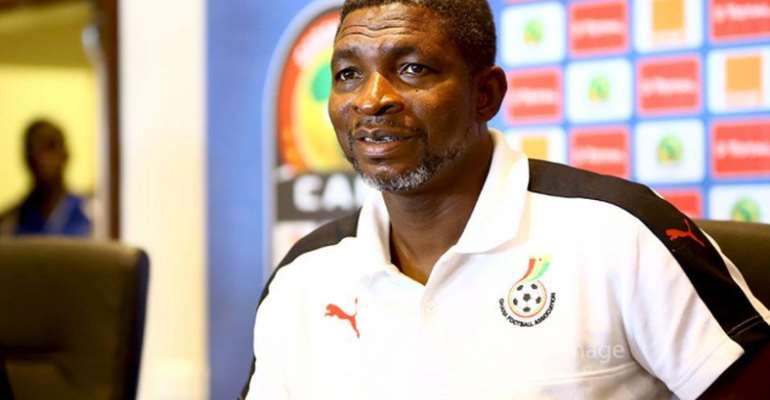 ​​​​​​Head coach for the Black Stars B team, Maxwell Konadu has applauded the performance of his team in their 3-1 thumping of Cote d’Ivoire on Tuesday night in the semi-finals of the 2019 WAFU Cup of Nations tournament.

In a difficult game played at the Stade Lat Dior in Senegal, the Ghanaians had too much ammunition in their corner and successfully eliminated their opponent to enhance their chances of defending the title they won in 2017.

Assessing the performance of his team after the win, Coach Maxwell Konadu was full of praise and stressed on the importance of scoring 3 goals especially at a time where his team had been on the receiving end of several criticisms for lack of potency upfront.

He shared, “It wasn’t easy getting here. We did all the necessary training to propel as to win. Basically we made sure that we instill the winning mentality to them. Even as bad as we played today but we are able to do the most needed thing, that is the goals.

“And I am happy for the guys that at least we scored three goals today. That was our initial problem. People were saying that our team is not scoring. Today we managed to put 3 past the Ivory Coast and I must commend the boys”.

Up next for Ghana, she will face the winner of the other semi-final tie between Senegal and Mali in the grand finale this weekend.