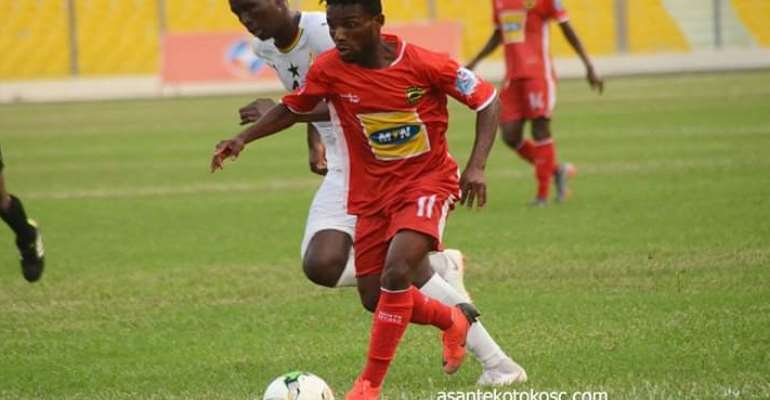 The nibble-footed forward established himself as one of the stars of the Porcupine Warriors during their exploits in the second-tier inter-club competition during the era of Coach CK Akonnor.

After seven months on the sidelines, he started training last month but could not play any part in the team’s CAF Champions League matches because he was not 100% fit.

He has now completed his comeback and has started full-scale training with Kotoko’s first team as they continue preparations for their final playoff match to the ‘Group Stage’ of the Confederations Cup.

His addition comes as a huge boost for coach Kjetil Zachariassen as he surely adds quality to a side that needs all the ammunition they can get in their quest for continental glory.