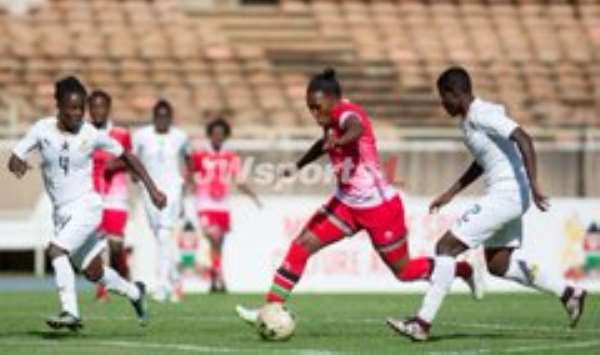 The Black Queens of Ghana will miss the 2020 Tokyo Olympic Games after disappointingly losing the second round of the qualifiers to Kenya by 1-0 on aggregate.

Coach Mercy Tagoe-Quarcoo and her charges had high hopes of securing qualification to the enviable stage next year but have unfortunately fallen to the Harambee Stars in Nairobi this afternoon.

In a crucial second leg fixture played at the Kasarani Stadium today, an extra-time goal from Shikangwa separated the two sides and handed Kenya their ticket to the next phase of the qualifiers.

In the first leg of the tie played at the Accra Sports Stadium last week, the Black Queens fluffed their chances and recorded a goalless draw result after an unimpressive showing.

It was more of the same today even though they enjoyed a good deal of possession. Bad string of passes and seeming lack of potency up front meant that they could not get the needed result at the end of 90 minutes and extra time.

Ghana will now miss the Olympic Games for the third consecutive time after failing to make a representation at the last two editions.