"My Head Was All Over The Place" - Crystal Palace's Zaha 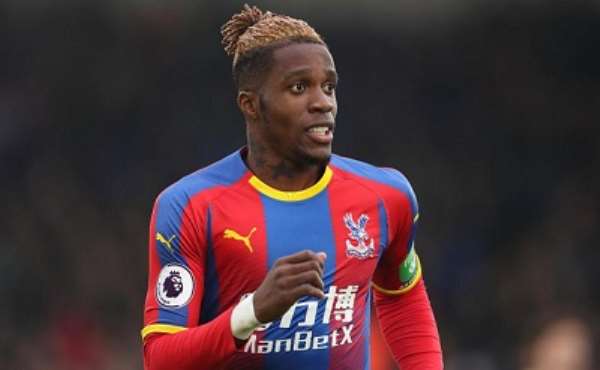 Crystal Palace forward Wilfried Zaha says his head "was all over the place" because of transfer speculation at the beginning of the season.

Arsenal and Everton had bids rejected by Palace, who valued the 26-year-old at around £80m, although Eagles boss Roy Hodgson said Zaha wanted to leave.

The Ivorian has since played in all of his club's Premier League matches in 2019-20, with Palace in sixth place.

"I had to put my head down and play my football," Zaha told BBC Africa.

"I would have been hindering my own progress by moaning and not wanting to perform properly.

"I have too much respect for my manager, the fans and my team-mates to treat them that way. It was a thing where 'OK, this hasn't happened but I've got to get on with it'.

"I've got to prove every time that I'm the top player I claim to be so I had to get over that quickly.

"Obviously, my head was a bit all over the place at the beginning of the season but I had to nail down and just get on with it because the team deserved that."

"All I can do is perform on the pitch.
I'm trying to be a consistent performer on the pitch week in, week out.

"Last season I set myself a target of 10 goals and managed to get 10, so I was happy. Hopefully, I can reach my goals again - that's all that's on my mind."

"My objective is to firstly win Afcon [Africa Cup of Nations] because the team's so talented and we have the ability to do that and also to get through to a World Cup and go as far as we can.

We've got so many talented players; we just need to buckle down and work together."