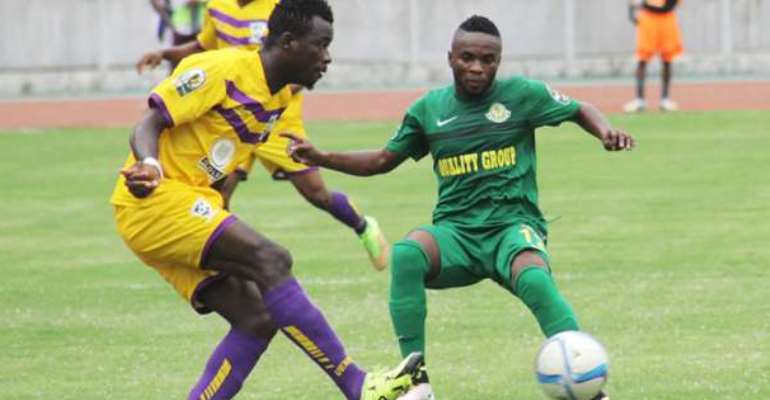 The two parties have been in negotiations for the past week and have reached an agreement that will see the player spending the next couple of seasons with the Tarkwa-based club.

In an official announcement on Medeama’s Twitter handle today, they have confirmed that Eric Kwakwa has put pen on paper to ink a two-year deal.

Speaking to medeamasc.com after completing the move, Eric Kwakwa shared, “I am delighted to have re-joined my family and I am looking forward to another great time. I want to thank the club president, management and the technical team for the second opportunity to play for this great club.

“From my conversation with the coach, I am happy about the vision and plans he has for the team in the seasons ahead.

“I am looking forward to being part of this great family again and contribute significantly to the club”.

On his part, Medeama head coach Samuel Boadu is elated with the latest addition and believes the player will help the club immensely.

“Kwakwa is one of the most exciting midfielders in Ghana and we're happy to have him in our ranks. It's gratifying that we have been able to secure his signature for the upcoming season.

“He is a great reader of the game and has a strong presence on the pitch. He has an incredible composure and will be a key man for us.

“He has a great personality and is a fantastic addition to the club.

“I would like to welcome Kwakwa back to Medeama and we are looking forward to working with him as we prepare for the new season”, the gaffer said.

ASEPA petitions Presidency for names of members on committee...
35 minutes ago