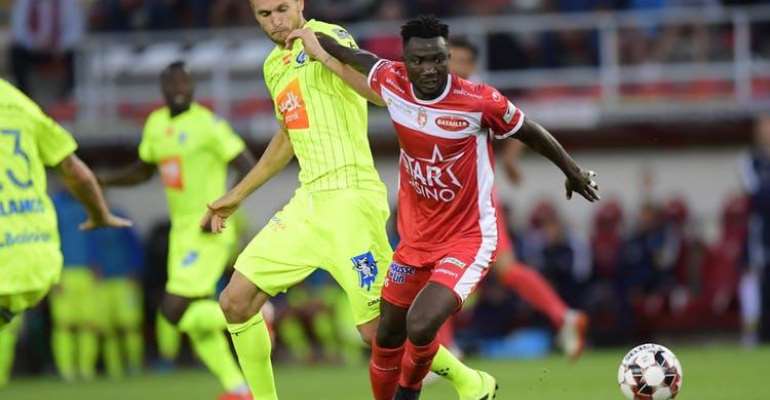 Ghanaian forward Jonah Osabutey has disclosed his intention to score more goals for his Royal Excel Mouscron side as the 2019/2020 Belgian Jupiler League gradually takes shape.

The attacker who has impressed in the early parts of the ongoing season was handed another start on Sunday when his club traveled to the Luminus Arena to play against the defending champions.

Genk proved too strong on the day and deservedly bagged all 3 points after Paul Onuachu had bagged a brace in the second half on the 75th and 90th minute respectively.

Before that though, Jonah Osabutey had shot Royal Mouscron into the lead with a fine strike on the 49th minute.

Speaking in a post-match interview after the loss, the striker has noted that he wants to net more goals to help his team.

“I want to score more to help the team”, he said.

Osabutey and his Royal Excel Mouscron side are currently 8th on the League standings and will be aiming for more wins when the international break is over.