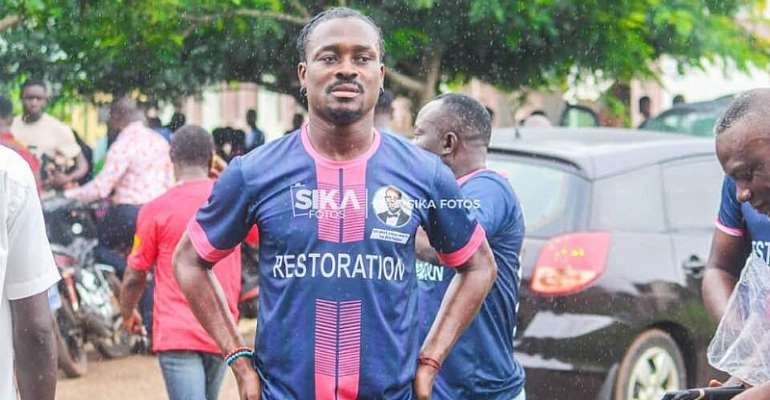 Former Black Stars midfielder Derrick Boateng has backed George Afriyie as the right man to be given the mandate to occupy the seat as the next president of the Ghana Football Association (GFA).

The Okyeman Planners owner is one of six aspirants who has successfully been cleared to contest in the upcoming elections that will elect a new face of the association to replace the Normalization Committee which was set up after the airing of the Number 12 video by Anas Aremeyaw Anas.

Speaking to journalists at the launch of George Afriyie’s manifesto in Sunyani over the weekend, Derrick Boateng has stressed that George Afriyie is the right man to lead the new regime of the football governing body.

The former Fulham midfielder observed, “He is a person we all know. He started football not just now and he has a passion for the game and he is really into football. If somebody has to be the GFA President after Kwesi Nyantakyi then I think its George Afriyie because Georg has the passion of the game, he feels the pains of the players and he is also close to the players”.

He added, “For me, sometimes people think football is just a game but for us, it is our life. And if someone will take our game to the next level its George Afriyie. Right now things are not looking good with our football and we need somebody to take it up. George is the right person to do that”.

The election has been scheduled for October 25, 2019, and will see George Afriyie battling with the likes of Kurt Okraku, Fred Pappoe, Nana Yaw Amponsah, Lawyer Amanda Clinton, and Lawyer George Ankomah.