John Antwi Delighted With His Impressive Start At Pyramids FC 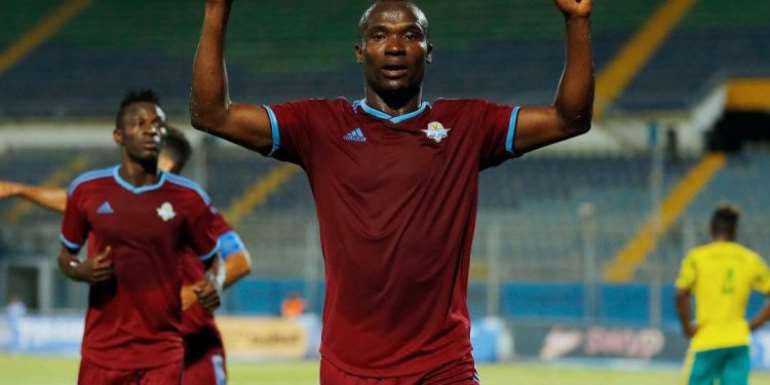 Ghanaian striker, John Antwi has expressed his satisfaction after his impressive start at Pyramids FC.

Antwi, who was mysteriously snubbed by Ghana coach Kwesi Appiah despite his impressive former before he joined his side mentioned that his primary dream is to propel his team to the CAF Confederations Cup group stage after which the rest will follow.

“It has been good so far. Still in the CAF Confederations Cup and we are also 2nd on the league log after 3 games with 7 points. So I will say so far so good.” Antwi told Ghanacrusader.com

“Personally, I have scored three goals in the Confederations Cup and I am looking forward to score more and also in the league.”

“My aim for the season is to be in the group stages of the Confederations Cup and after that, we work towards winning it,” he added.

He is the top foreign goalscorer in the history of Egyptian football.

Antwi has also featured for Ismaily and Al Ahli.