Five Talking-Points From The Serie A Weekend 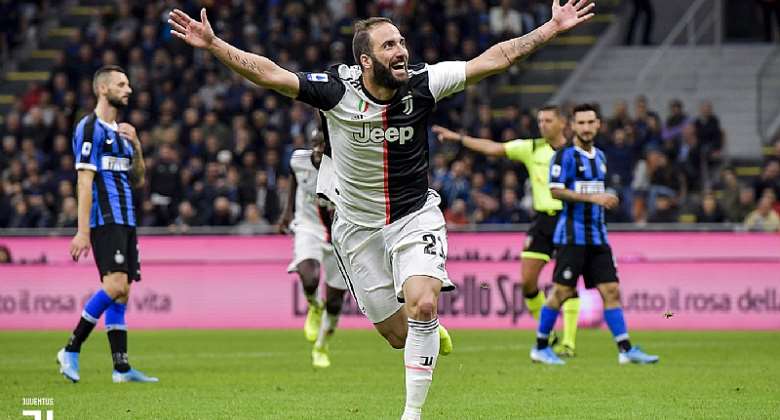 Five talking-points from the Serie A weekend where Juventus won 2-1 at Inter Milan to go top and several coaches are battling to keep their jobs.

After seven rounds of matches, Serie A looks set to claim its first coaching victim in the next few days but who will it be?

Gazzetta dello Sport said on Monday that AC Milan coach Marco Giampaolo's job was on the line despite their 2-1 win at Genoa on Saturday.

Genoa coach Aurelio Andreazzoli is also facing an uncertain future after the defeat left his side one off the bottom with five points from seven games.

Another potential victim is Eusebio Di Francesco at Sampdoria whose side are bottom with one win and six defeats.

All three coaches have been in charge of their respective sides since the beginning of the season.

An early dismissal is tough for Serie A coaches as they are not allowed to coach more than one club in the league during the season. It is, however, quite common for coaches to be re-hired a few weeks later if their successors fail to inspire an improvement.

PIOLI SPOILT FOR CHOICE?
The big beneficiary appears to be former Inter Milan coach Stefano Pioli, who has been without a job since resigning at Fiorentina in April.

According to various media reports, the 53-year-old is being considered for all three positions and has stalled talks with Sampdoria in the hope of landing the Milan job.

The 53-year-old is certainly not short on experience. He has coached 13 clubs in Italy, including Lazio, Sassuolo, Palermo, Parma and Bologna, although he has never won a major title.

SPALLETTI AMONG THE MILAN CANDIDATES
Former AS Roma and Inter Milan coach Luciano Spalletti is also reported to be on AC Milan's radar. Spalletti led Inter Milan to a fourth-placed finish last season and qualified for the Champions League although it was not enough to save his job.

Other names in the hat include Gennaro Gattuso, who would make a surprise return to the club after leaving them at the end of last season, veteran Claudio Ranieri and former AS Roma and Olympique Marseille coach Rudi Garcia.

JUVENTUS RELISH INTER BATTLE
Juventus's 2-1 win away to Inter Milan in Sunday's top-of-the-table clash was exactly the sort of match they relish, according to defender Leonardo Bonucci who has taken over the captaincy following an injury to Giorgio Chiellini.

The win ended Inter's one hundred percent record in Serie A this season and also took Juve top of the table as they chase a ninth successive title – a sequence which started under Inter Milan's current coach Antonio Conte.

"It was the kind of game we enjoy," said Bonucci. "There was a lot of intensity and physical vigour, but that is only right in a game of this level with so much at stake."

"The loss of Giorgio Chiellini was really bad for us, both on and off the field," he added. "I feel people believe in me now, I am the oldest in the defence and it's my duty to help my teammates with less experience by giving even more."

MIHAJLOVIC BACK ON THE TOUCHLINE AS LEUKEMIA BATTLE CONTINUES

Bologna coach Sinisa Mihajlovic, who is undergoing treatment for leukaemia, was on the touchline for the third time this season for the match against Lazio where he spent part of his playing career.

Mihajlovic had attended his team's first two matches of the season but was then ordered to remain in hospital by doctors as he underwent a second round of treatment. However, he was released for Sunday's game which ended 2-2.

The 50-year-old was given a standing ovation before the match while fans from both clubs made a pilgrimage to the San Luca church in support of Mihajlovic.