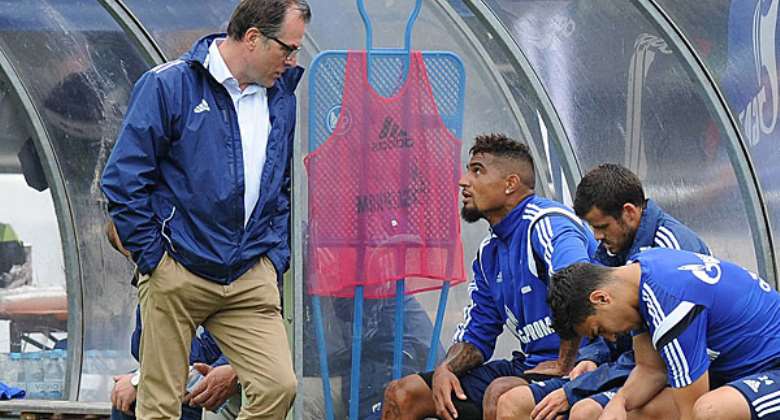 Ghana forward, Kevin-Prince Boateng has criticized Schalke 04 for dealing with Clemens TOnnies after his racist statements.

"Something like this should not happen to a man in his position. when it is said that it was a slip-up – I do not know how things like that should go – his three-month break. who do they bring something to? ". said the former Schalke professional Sport Bild.

TOnnies recommended the financing of power plants in Africa in a speech on entrepreneurship on August 1 on Artisan's Day and said. "Then the Africans would stop cutting trees and they will stop producing children when it's dark."

Boateng has been publicly campaigning against racism for years and was honoured in 2017 with the special prize of the "1Live Krone".

In 2013. he even gave a speech to the UN and demanded more commitment against racism.

Tonnies leaves his office as a Schalke boss until mid-November rest.

Schalke and the Ethics Committee of the DFB waived a procedure.

"The opportunity was there to show everyone that this is not accepted. not in Germany. not in the Bundesliga. not in our club." said Boateng.