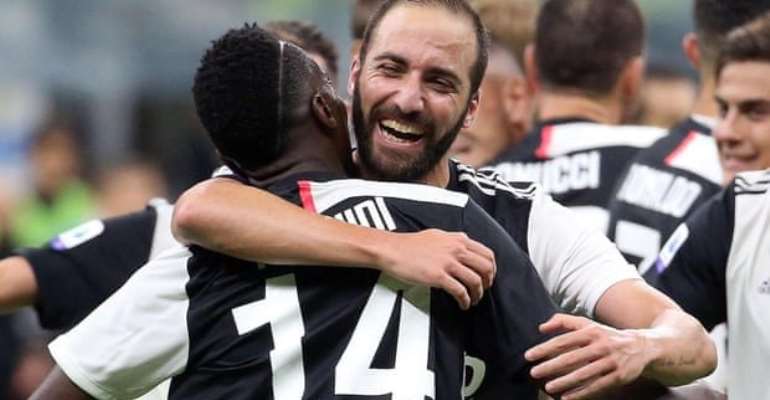 Juventus ended Inter Milan's perfect record in Serie A and took over top spot as Gonzalo Higuain's superb late strike earned a 2-1 victory in the San Siro on Sunday.

The Argentine striker, on as a substitute, applied a clincial finish to a flowing move in the 80th minute.

Paulo Dybala had fired Maurizio Sarri's Juve side in front after four minutes but Inter, who had won all six of their matches before Sunday's clash, levelled in the 18th minute.

Matthijs de Ligt was adjudged to have handled in the area and Lautaro Martinez converted the spot kick.

Atalanta are two points further back in third after their impressive start continued with a 3-1 home victory over Lecce.

Duvan Zapata opened the scoring in the 35th minute when he punished a defensive mistake and then combined well with Alejandro Gomes who made it 2-0 before halftime.

Robin Gosens added a third early in the second half.

Fourth-plached Napoli were held 0-0 at Torino while AS Roma, who are fifth, drew 1-1 at home to Cagliari.