Partey Gives Away Penalty In Atletico Madrid Stalemate With Valladolid 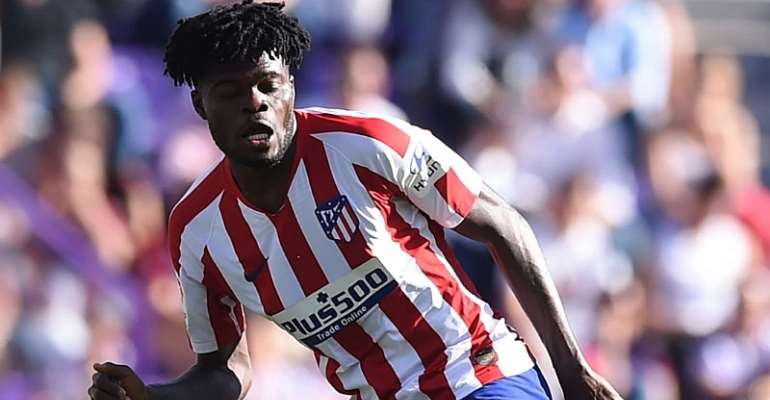 Atletico Madrid played out a 0-0 draw with Real Valladolid at Estadio Jose Zorrilla on Sunday, with Thomas Partey causing the most noteworthy moment.

The Ghanaian was in superb form heading into this clash, claiming the Man of the Match in the Madrid Derby last weekend, before finding the back of the net in Atleti's 2-0 Champions League victory at Lokomotiv Moscow in midweek.

He turned villain this time around, fouling Sandro Ramirez just past the half-hour mark, and after a lengthy check with VAR, referee Jose Maria Sanchez awarded Valladolid a penalty, but Ramirez blasted his effort over the crossbar.

Despite the setback, Partey still had a good game, making 52 passes, the fourth highest of any Atleti player. His passing accuracy of 86.5% was sixth-highest, while his 65 touches on the ball were fourth highest.

This result is Atletico's third stalemate in their last four league games.

They have missed the chance to go second in the standings and could drop from third spot pending the results of Real Sociedad and Barcelona's respective home ties against Getafe and Sevilla.