GFA Elections: I Have No Pesewa To Offer Delegates - Amanda Clinton 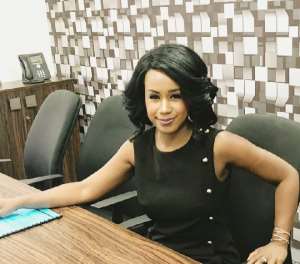 Lawyer Amanda Clinton has reiterated that she has no financial muscle to influence delegates to vote for him to become the next Ghana Football Association boss.

The renowned lawyer is among the six candidates contesting for the country's football governing body high seat.

According to her, she is elated to have become the first female candidate to contest for the Ghana football high office but she will not go beyond convincing delegates with her policies adding that she has evidence and reports of some candidates sharing money to the electorates in order to win power.

"I met a few delegates who confessed to me about other candidates who have been sharing money to them", she told Accra based Angel FM.

To her, winning the trust of the delegates is the deal and not buying your way to the top.

"I want to win the confidence of the delegates and corporate Ghana", she added

"I have a campaign team but I have not made it public to avoid being poached by other competitors," she added.

Delegates will be at the poll on October 25 to elect a new president and new Executive Council Members.