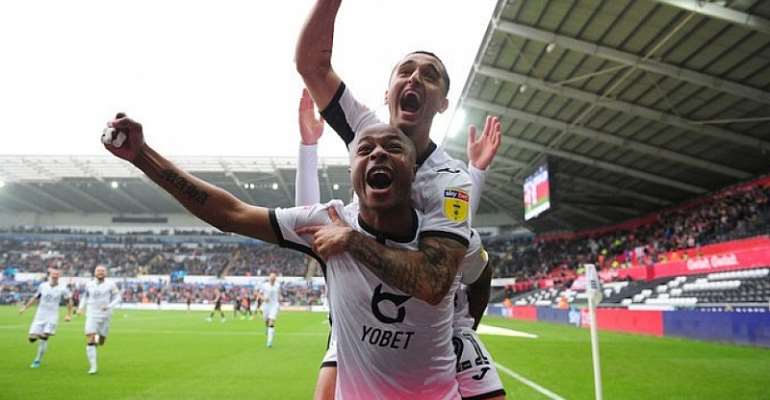 Andre Dede Ayew has scored the fastest goal in the Skybet Championship season in Swansea City home defeat to Stoke City in the English Championship on Saturday.

The Swans were ahead inside a minute when Andre Ayew tapped home a rebound in the first minute.

Sam Clucas levelled for the Potters midway through the first half, firing home after Freddie Woodman parried Joe Allen's effort.

The Black Stars skipper enjoyed the entire duration of the match.

Ayew has scored four goals with three assists in his 10 appearances for Swansea City this season.