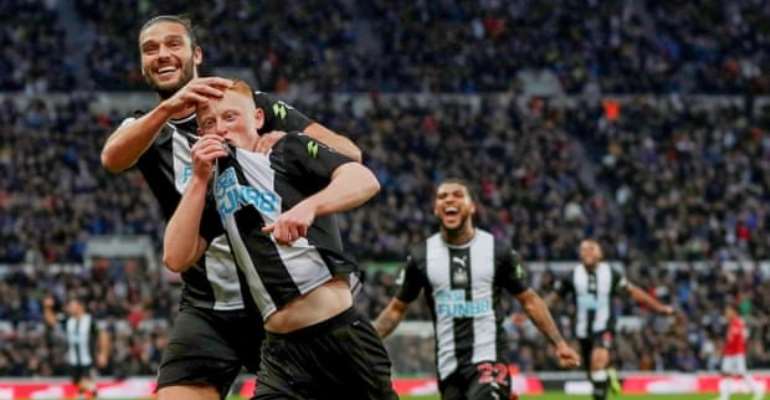 Steve Bruce made five changes to the Newcastle side that were thrashed 5-0 at Leicester last week, with Matty Longstaff, making his Premier League debut, handed a starting role in midfield alongside brother Sean.

And the 19-year-old seized the opportunity with a dream goal from 20 yards out to win the game for his hometown club in the 72nd-minute.

The local lad had gone agonisingly close in the first half when he smacked the crossbar with a sweet strike from 25 yards with David De Gea rooted to the spot, but he would eventually have his special moment.

Solskjaer's side had gone 150 minutes of football without a shot on target when Andreas Pereira landed a feeble effort into the arms of Martin Dubravka in the 41st-minute, but Harry Maguire ought to have broken the deadlock just before the break only to head wide from point-blank range.

Ultimately it was the closest Solskjaer's side would come to ending their awful record away from home. It is now 11 games on the road without a victory as their toothless attack, who have just scored 18 goals in their last 21 games, stalled yet again.

The defeat leaves Man United in 12th place with just nine points from eight games, while Newcastle are now just a point behind in 16th.