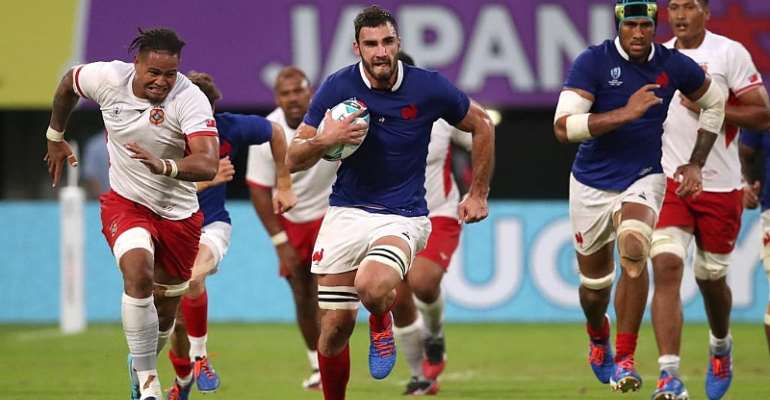 France have qualified for the Rugby World Cup quarter-finals with a nailbiting 23-21 win against Tonga. Next weekend's clash between France and England will decide which team tops Pool C.

First-half tries by Virimi Vakatawa and man-of-the-match Alivereti Raka were enough to secure the win for Les Bleus against a spirited Tongan side that competed throughout a tense encounter at the Kumamoto Stadium.

Tonga topped the try-scoring count three-two against a French outfit that again produced a stop-start performance, as they had done in their first two games against Argentina and USA.

For the first six minutes, the famous French flair was on full display as they raced to a 10-0 lead, roared on by a loud chorus of "allez Les Bleus" from the crowd.

That margin was to prove crucial as Tonga fought back to trail by only three points at 17-14 early in the second half, the heavier Pacific island pack troubling France at scrum time.

In the end, it was three penalties by Romain Ntamack that got France through to a quarter-final in which they are likely to face either Wales or Australia from Pool D -- although Fiji still have a mathematical chance of a last-eight spot.