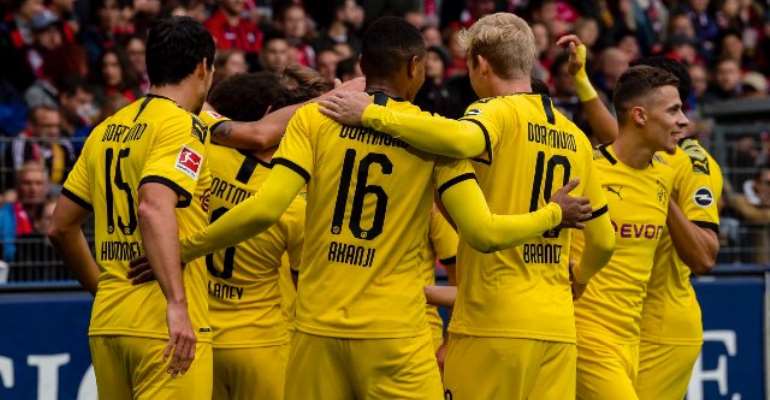 Borussia Dortmund twice squandered the lead and conceded a 90th-minute own goal from Manuel Akanji to draw 2-2 against Freiburg on Saturday for their third consecutive league draw.

Axel Witsel's sensational volley from a corner put the visitors in the driving seat but Freiburg levelled through Gian-Luca Waldschmidt after a fine combination from the hosts.

Dortmund, who also wasted leads in their previous two league game, thought they had done enough when Achraf Hakimi put them ahead again in the 67th.

However, the own goal by Akanji, who flicked a cutback into his own net, forced them to settle for a point and for seventh place on 12, two points off leaders Bayern Munich, who lost 2-1 at home to Hoffenheim. (Reporting by Karolos Grohmann; editing by Clare Fallon).