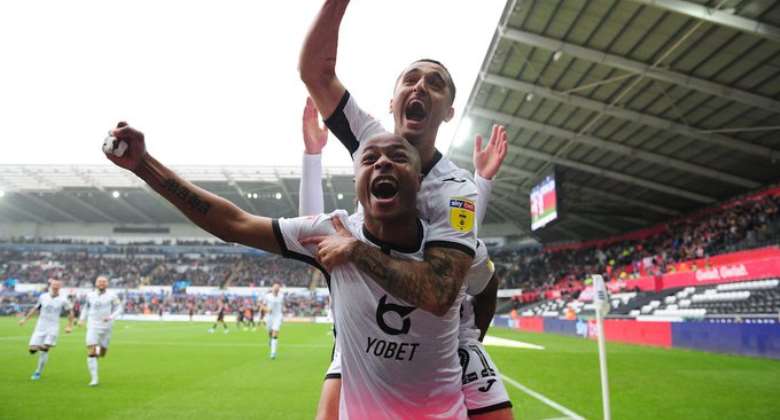 Ghana captain, Andre Ayew was on the scoresheet as Swansea City lost to Stoke City in the English Championship on Saturday at the Liberty Stadium.

The Swans were ahead inside a minute when Andre Ayew tapped home a rebound.

Stoke won it in the final moments when substitute Scott Hogan tapped home from close range.

Swansea slip to fourth while Stoke remain bottom but close the gap on their relegation rivals.

The goal today means the 29-year-old has scored two goals in the ongoing season.