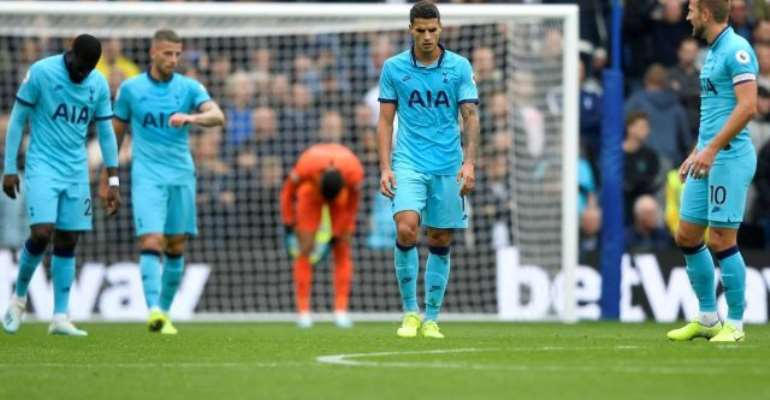 Tottenham's miserable week continued as they followed their Champions League humiliation at the hands of Bayern Munich with a damaging defeat at Brighton.

After their 7-2 drubbing in midweek, Spurs boss Mauricio Pochettino was expecting a response from his players, only for goalkeeper Hugo Lloris to gift Neal Maupay a bizarre opener.

And although Spurs made a positive start to the second half, Connolly killed off any hope of them launching a fightback as the 19-year-old Irish striker produced a well-taken strike for his second goal to seal Brighton's first home win since March.

Tottenham have now failed to win in their last away 10 games in the Premier League, stretching back to a 2-1 victory at Fulham on 20 January, and have lost 17 in all competitions in 2019 - more than any other top-flight side.

Last week's home win against Southampton offered Spurs some relief after being dumped out of the Carabao Cup by League Two Colchester but the pressure is mounting on Pochettino with his side having now taken 11 points from a possible 24 this term.

Not only was it Brighton's first win since the opening day but it was Graham Potter's first at the Amex, lifting the Seagulls to 12th before the afternoon kick-offs, with Tottenham set to slip out of the top six.