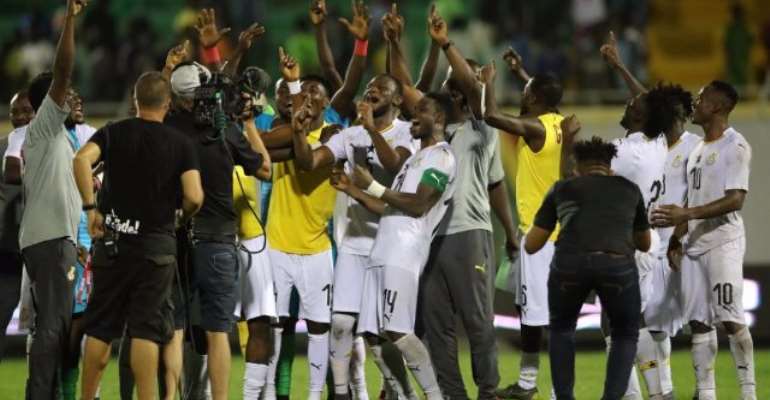 Goalkeeper Eric Antwi Ofori made two fantastic saves in the penalty shootout to see Ghana beat Burkina Faso 5-4 in the quarterfinals of the 2019 WAFU Cup of Nations after regulation time ended 1-1 at the Stade Lat Dior in Thies, Senegal on Friday.

It was the perfect start for Burkina Faso who opened the scoring after only four minutes when a free-flowing move down the right side concluded with Ilias Tiendrebeogo tapping home a pin-point cross from Mody Cisse for the 1-0.

Ghana almost hit back eight minutes later when Augustine Okrah tried his luck from long-range, but his powerful effort went just wide of the post.

The Black Stars persisted in attack after that and managed to find the equaliser in the 38th minute when Mumini Shafiu headed a left-sided cross from Joseph Esso past the keeper to see the half end 1-1.

The second half saw Ghana continue their dominance of the game, but their passing in the final third let them down.

The first decent chance of the half came in the 62nd minute when Okrah found some space on the edge of the box, but he fired his shot inches over the target.

Burkina Faso saw very little of the ball in the second 45 although Tiendrebeogo almost grabbed the winner for them in the 84th minute when a loose ball fell to him just inside the box, but the striker blazed narrowly over the crossbar.

The game ended 1-1 and went to penalties to decide the winner where Ghanaian keeper Ofori saved two spot-kicks to see his side win 5-4 in the shootout.

Ghana will now face the winner of the match between Ivory Coast and Togo in the semifinals of the Cup competition on Oct. 9.