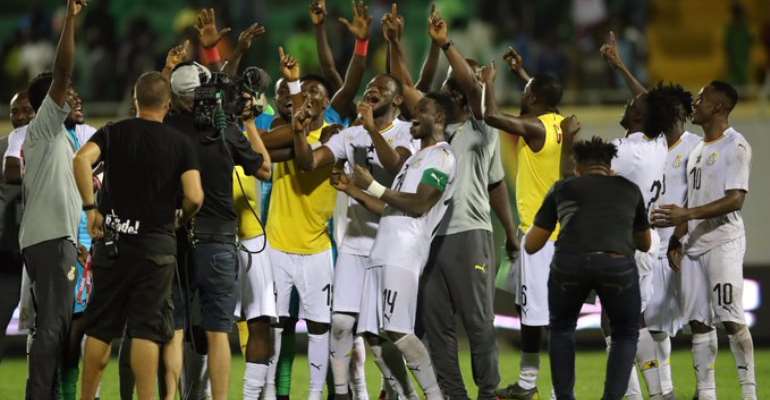 The Ghana Black Stars B team has today defeated Burkina Faso 5-4 on penalties to advance to the semi-finals of the 2019 ESPN WAFU Cup of Nations tournament which is currently ongoing in Senegal.

The victors emerged as Champions of the last edition when it was hosted in Ghana last 2 years. They are now hoping to go all the way to ensure they see to the successful defense of the trophy.

Faced with Burkina Faso in the quarter-finals, they had to rely on the penalty shootout to book a place in the last four following a pulsating encounter at the Stade Lat Dior.

The first half ended 1-1 with Ilina Teindrebeogo opening the scoring for the losers after 3 minutes of play. They could however not defend that goal and conceded on the 37th minute following an impressive display from Ghana.

A good piece of play from Hearts of Oak poster boy Joseph Esso was finished off by Ashanti Gold marksman Shafiu Mumuni courtesy a thumping header from the left side of attack.

A nervy second 45 minutes of soccer action could not produce any other goal, forcing the quarter-finals to be decided by the lottery of the penalty shootout.

Ghana remained focused throughout the period and eventual won 5-4 to progress into the semi-finals.

They are well on course to defending their title but coach Maxwell Konadu and his charges still have a lot of work to do in the next stage.