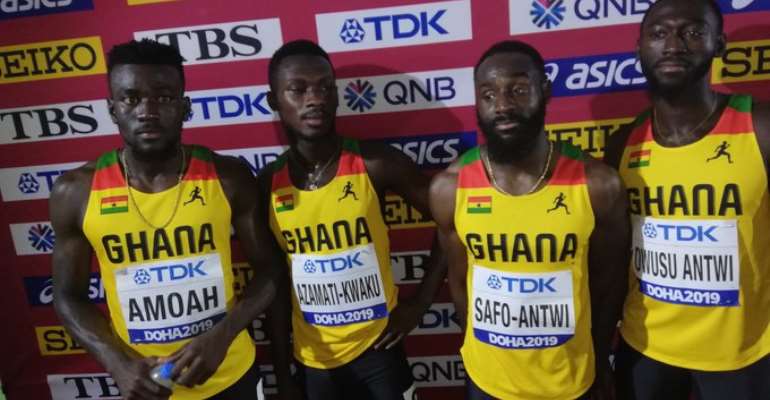 Ghana’s Men’s sprint relay team were unable to book a place in the final of the World Championship after finishing sixth in their semi-final heat on Friday.

The gold-winning quartet from the African Games, Sean Safo-Antwi, Benjamin Azamati, Martin Owusu Antwi and Joseph Paul Amoah, were unable to progress in a strong field.

The team ran a time of 38.24s, a season’s best for them but finished behind Great Britain, Brazil, USA, Italy and Jamaica.

There were high expectations for the team after they blitzed to gold in Morocco in a time of 38.30s, just 0.18s shy of the national record, of 38.12s set at the Athens World Championships on 9 August 1997.

Despite running a faster time in Doha, Team Ghana were unable to finish in the qualifying spots.

The big shock in the race was the failure of Jamaica to make the final as well in their first World Championships since Usain Bolt retired.

The race was dominated by Great Britain who posted a World Leading time of 37.56s.

Five teams made it out of the second heat – with South Africa finishing ahead of Japan, China, France and the Netherlands.

In the Women’s heat, Ghana’s team finished seventh, failing to reach the final as well.