Brock Lesnar Is The Next Mountain To Conquer - Kofi Kingston 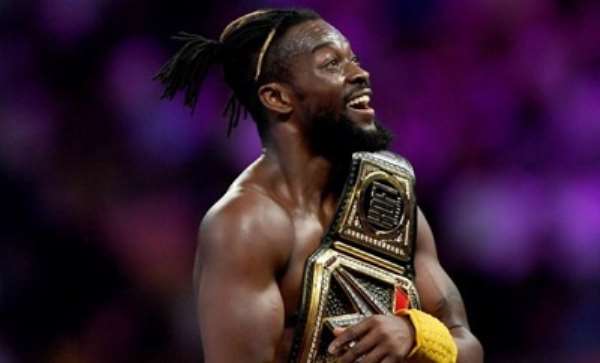 WWE champion Kofi Kingston has vowed to conquer Brock Lesnar when they face off on Friday night at the Staples Centre in California, USA.

The headlining bout on the PPV-quality card will see Lesnar challenging Ghanaian-American professional wrestler Kingston for the WWE championship in a match pundits feel result in an inevitable return of Lesnar to champion status.

However, Kingston who was never won a wrestling bout against Lesnar is confident of retaining the belt he won last April at WrestleMania 35.

"The only time that Brock and I have been in the ring together wrestling one another was the "Beast in the East" WWE Network special which is about five years ago or something like that. Brock had just come back to WWE after a long hiatus. I had the task of slaying "The Beast." Back then, I didn't do it. I failed. But I've grown a lot as a performer," Kingston said in an interview.

"I've grown as a superstar, as a competitor. I feel like I'm at the top of my game right now. I've conquered a lot of mountains being the WWE champion and Brock Lesnar is the next mountain to conquer. He's the next one that I have to climb and I look forward to it. A lot of people are worried about it, a lot of people are scared for me.

"But, for me, I welcome this challenge with open arms. I embrace it. This is what one has to do to be considered in the same echelon as the greatest WWE champions of all time. I look forward to it. I look forward to the challenge. One of my goals has always been to be one of the greatest and be considered as one of the greats. We're going to find out on Friday. It will be a doozy, as they say".