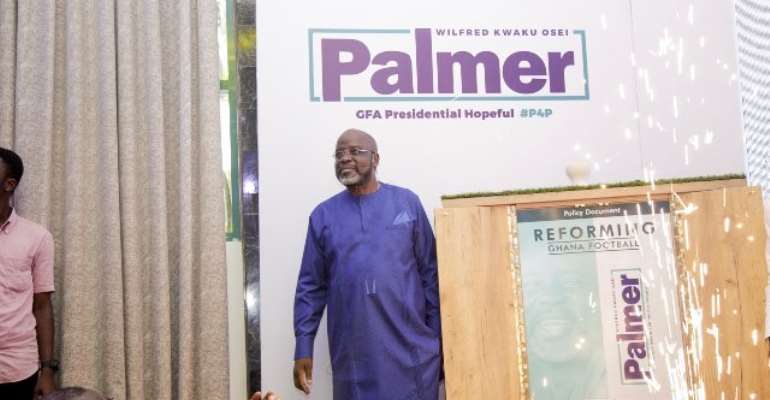 Owner and bankroller of Tema Youth FC, Wilfred Kwaku Osei confirmed that he will appeal the decision to disqualify him from contesting the Ghana Football Association elections.

The former Black Stars Management Committee member was disqualified from the presidential race by the Normalisation Committee acting as the Elections Committee on Friday.

The recommendation to disqualify the astute football administrator was made by the Vetting Committee.

According to the Normalization Committee, Palmer is said to have breached Article 33 (5) (c) of the GFA regulations which relates to player transfers.

He is also reported to have refused to pay GFA 10 per cent of the transfer of striker Joseph Painstil to Hungarian top-flight side Ferencvarosi TC from Tema Youth in September 2017.

Palmer was asked to apologise by the Ethics Committee and he did but Joy Sports understands that he could not prove he apologised when he appeared before the Vetting Committee.

The tough-talking football administrator was among seven individuals who filed their nominations to contest the October 25 election.

But with his disqualification, the number has dropped to six.