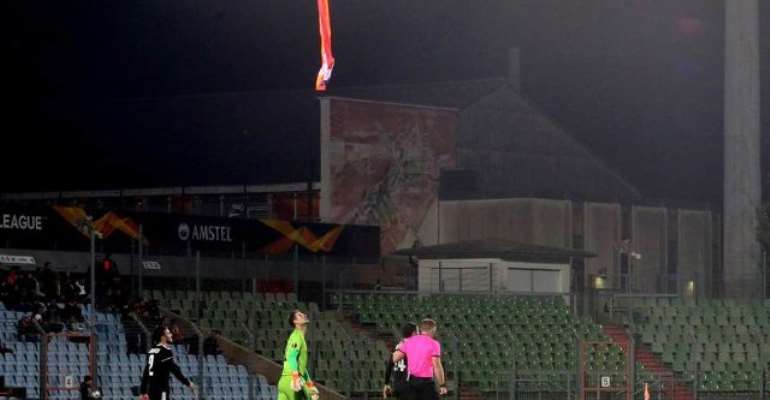 A drone forced a temporary halt to play during the first half of F91 Dudelange's Europa League Group A clash at home to FK Qarabag on Thursday.

Azerbaijan side Qarabag were leading 2-0 when the drone, carrying a flag, was spotted flying over the pitch at the Josy Barthel Stadium, forcing the match officials to suspend play for around 15 minutes.

According to reports, the flag was that of the Republic of Artsakh -- a de facto independent state with an Armenian ethnic majority that is internationally recognised as part of Azerbaijan. Armenia and Azerbaijan have fought several conflicts over the region.

In bizarre scenes Qarabag players tried to down the invading craft by kicking the ball at it.

Shortly after play resumed Qarabag increased their lead from the penalty spot and went on to win 4-1.