Nigerian Striker, Isaac Promise Dies At The Age of 31 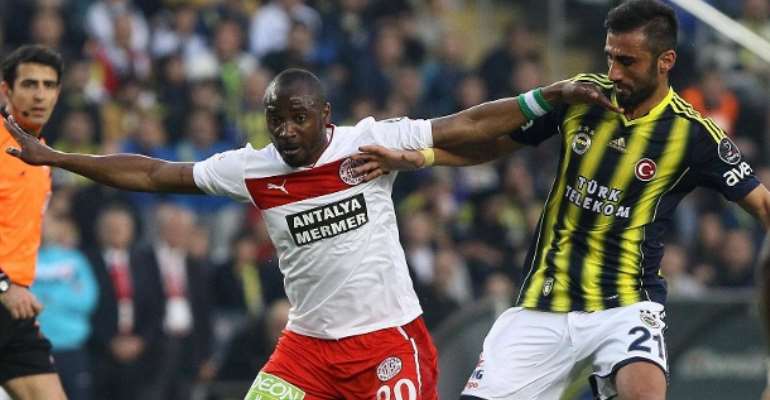 The Nigerian, Isaac Promise (l.) in the Turkey-Antalyaspor's Team jersey

The cause of his sudden death is not yet known to the public.

The US club Austin Bold FC were supposed to play their last game of the season on Saturday. But a few days earlier, a USL-Team's striker died. A very sad news from the USA. Nigerian striker Isaac Promise died on Wednesday evening at the age of 31.

Promise played in Turkey for many years, wearing the Trabzonspor jersey, among other things. For Nigeria he was in action at the Olympic Games 2008 and won the silver medal as captain. Since December 2018, he has been storming for Austin Bold Footbal Club from the US United Soccer League, a kind of second league under the Major Soccer League.

"I am shocked"
His former teammate Anton Ferdinand, brother of England legend Rio Ferdinand, commented on the death of Promises on Instagram. "I am shocked. You were my roommate at Antalyaspor. Isaac Promise, rest in peace. My prayers are with your family and friends at this time."

However, as at now the cause of the sudden death of the goal-scorer is still unknown to the public.