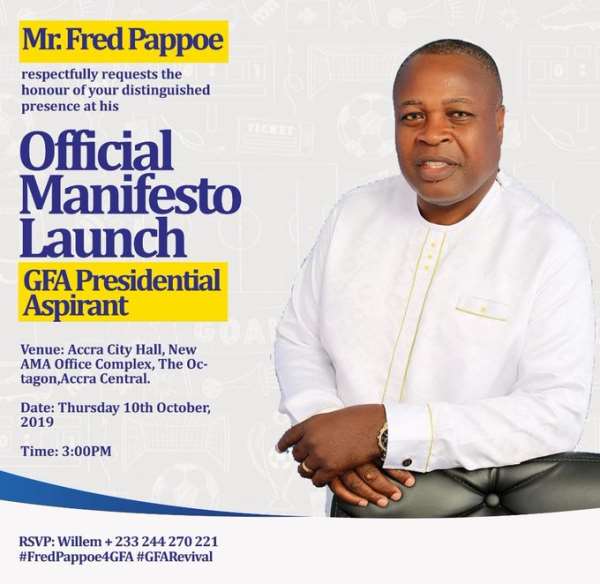 The former Ghana FA vice president is among the seven aspirants hoping to succeed Kwesi Nyantakyi as the country's football governing body head.

The manifesto launch is expected to take place at Accra City Mall at 15:00GMT.

The Accra Great Olympics director has emerged as one of the favourites but faces a tough task as George Afriyie, Nana Amponsah, Amanda Clinton, Lawyer George Ankamah, Kurt Okraku, and Osei Kweku Palmer all eyeing for the Ghana FA presidency.

The Ghana FA high seat has been vacant since the resignation of Kwesi Nyantakyi in June 2018.

Mr Pappoe has been vetted successfully with the Vetting Committee yet to release the list of qualified aspirants.

Elective Congress will be held on October 25 to elect a new president and executive council members.