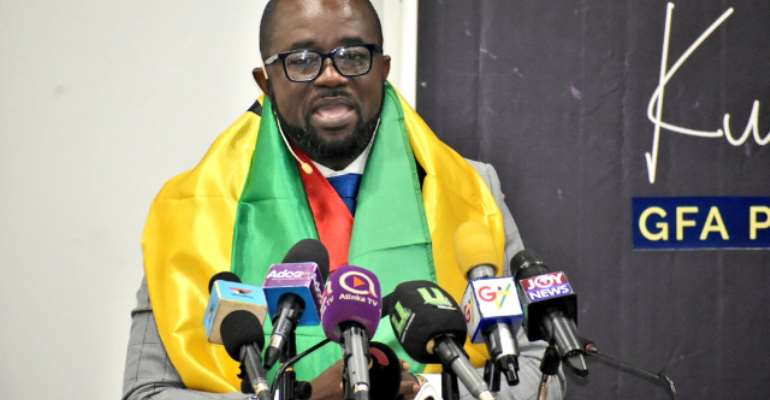 Dreams FC Executive Chairman, Kurt E S Okraku will today hold a Press at the Conference Centre of the Aliu Mahama Sports Stadium in Tamale, the capital city of the Northern Region ahead of the Ghana FA presidential elections.

The press conference, which is scheduled to start at 9 am, will offer Ghana FA presidential aspirants an opportunity to explain his ideas and policies towards the revival and transformation of Ghana football as enshrined in the 'GameChanger' manifesto which was launched a fortnight ago in Accra.

The country's football governing body high seat has been vacant since the resignation of Kwesi Nyantakyi in June 2018 after the airing of the 'Number 12' documentary by Anas Aremayaw Anas.

An elective congress is expected to be held on Friday, October 25 in Accra. 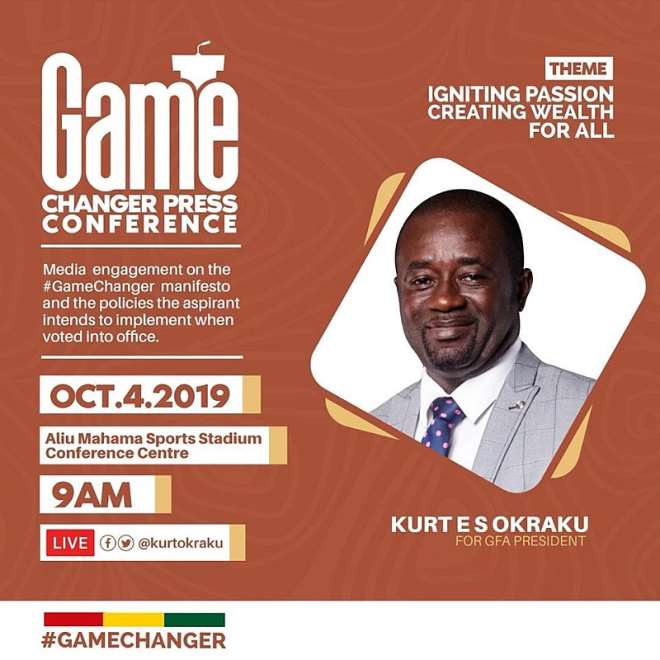