Mybet.Africa: Huge Odds On Thomas Partey To Score Against Valladolid 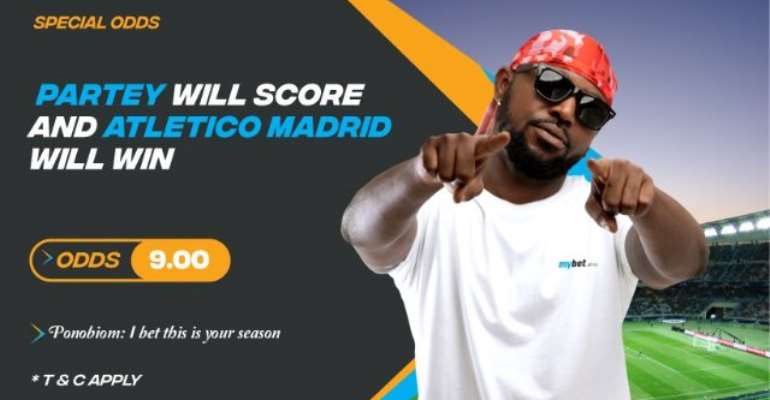 Ghana international Thomas Partey is gradually becoming an irreplaceable player in Diego Simeone’s Atletico Madrid set up and has been tipped by mybet.africa to score this weekend in Spanish top-flight.

The sportsbook giant, mybet.africa is offering a huge odds of 9.00 on Partey to score and Atletico to win their La Liga clash against Real Valladolid on Sunday.

The 26-year-od has started the last three games but has featured in eight matches this season and scored two goals.

Most sports pundits believe Partey has established himself as a midfield general in the Atleti team, having scored a classic away goal in last Tuesday’s Champions League match against Lokomotiv Moscow in Russia.

Atletico Madrid are third with fourteen points, a point behind the league leader,s Real Madrid, whom they drew 0-0 with last weekend.

Atleti’s opponent for this weekend, Real Valladolid have made a decent start to the season and hold an impressive record of not losing at home.

The two teams have managed the same number of goals – seven scores apiece.

Mybet.africa believe Partey can propel his teammates to break the jinx against Real Valladolid at home and basket all three points?